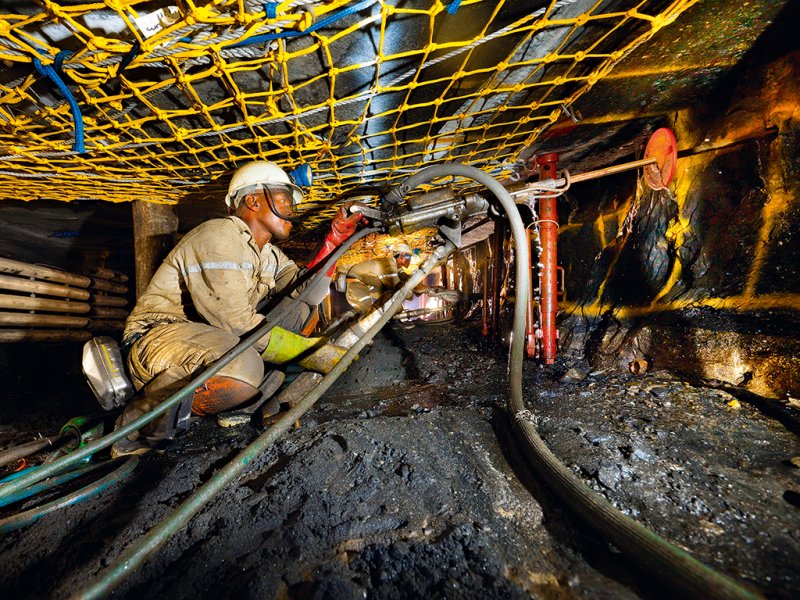 Pascall rejected the US$7.9 billion figure — more than two-thirds of the company’s US$9.5 billion market capitalization. Still, Vancouver-based First Quantum’s stock was down much of the day, before surging 3.7 per cent to $18.65 at close on Wednesday, reversing a portion of the 13 per cent decline on Tuesday.

But the executive declined to describe the worst-case scenario for the copper producer, which derived 83.5 per cent of its revenue in 2017 from mines in Zambia and is hoping to develop a third mine in the country. The company said its annual tax payments to the country vary, but claimed it pays $200 million in annual royalties.

“We do have cash available to pay what we would expect to pay, if at all,” he said to one question about how First Quantum might finance a payment of even several hundred million dollars to Zambian authorities. The company has US$1.29 billion of cash in hand, according to its latest filing.

The dispute offers another example of the rising tensions between mining companies and the government leaders in cash strapped countries where they operate, which is exacerbated as the commodity cycle turns around and metal prices rise. Across the world, other countries are also disputing the taxes paid by mining companies, or in some cases rewriting their mining codes to increase their share of the revenue streams.

In one gauge of such tensions, the World Bank’s International Centre for Settlement of Investment Disputes, an arbitration forum, shows 12 disputes have been registered in the oil, mining and gas sector in the past year, a 20 per cent increase over the previous year.

Not all disputes occur in this forum, and many never reach a public dispute forum at all. Indeed, in the conference call, Pascall said he expects to settle his issue directly with Zambian authorities.

Zambia’s tax bill to First Quantum is likely an opening parry in a negotiating process to obtain greater revenues — “a high-ball first offer,” according to David Manley, an economist with the Natural Resource Governance Institute in London.

“This also feels very much like the Tanzania-Acacia dispute,” he said in an email, referring to a dispute that began last summer when the East African nation sent a US$190 billion tax bill to Barrick Gold Corp.-subsidiary Acacia Mining Plc., and which remains unresolved.

“The government accuses a company of a very high, seemingly impossible amount, then a protracted battle across many fronts develops,” Manley said.

First Quantum is the largest copper producer in Zambia, but it also operates mines in Australia, Turkey, Finland and Spain and has a large project under development in Panama.

Pascall said the US$7.9 billion fee included a US$150 million assessment, US$2.1 billion in penalties and $5.7 billion in interest. He estimated four to six months to review the bill.

In Zambia, which the World Bank estimated had US$21 billion GDP in 2016, the economy often rises or falls with copper prices, according to a paper last November by Manley. Authorities have changed the tax code for mining projects nine times in 15 years to follow the price changes, he wrote.

The International Monetary Fund said last October that the cash-strapped country was at risk of defaulting on its bonds.

“Perhaps the final bill won’t be as high as ZRA is asking, but it at least signals a determined desire from the government to get more money for Zambians,” he said.

BMO Capital analyst Alex Terentiew said while there are a ‘lot of unknowns,’ preliminary assessment suggests the company’s operating costs in the country could rise by as much as eight per cent.

Concerns about revenue from mining have arisen in other African countries, including the Democratic Republic of Congo, where mining companies executives are travelling this week to discuss the implementation and impact of a tax hike and higher royalties, according to a Reuters report.

Meanwhile, on Tuesday, Clive Johnson, the chief executive of B2Gold Corp. which operates a Fekola Mine in Mali, issued a press release preemptively telling investors that it has no information on any impending changes to that country’s mining code, but is not concerned.

“The company believes its interests in Fekola are protected and that any contemplated amendments in a new mining code will not apply to Fekola without B2Gold’s agreement,” Johnson wrote. B2Gold was up half a per cent to $3.56 per share on the Toronto Stock Exchange.

There are also longer simmering tax disputes. In January, Turquoise Hill Resources Ltd., a Rio Tinto subsidiary that operates the Oyu Tolgoi copper mine in Mongolia, announced its second tax dispute since 2014 with local authorities, who are now seeking an additional US$155 million in payments.

That same month, the Netherlands-based Centre for Research on Multinational Companies issued a report that calculated Turquoise Hill had avoided paying nearly $470 million in taxes in Canada; and it accused the company of striking “an abusive investment agreement” in Mongolia that resulted in a US$270 million tax loss for that country — all accusations denied by the company.

This month, Turquoise Hill announced that Mongolian corruption investigators are scrutinizing the country’s 2009 investment agreement related to its Oyu Tolgoi mine, which is still under development but will be one of the largest copper mines in the world.