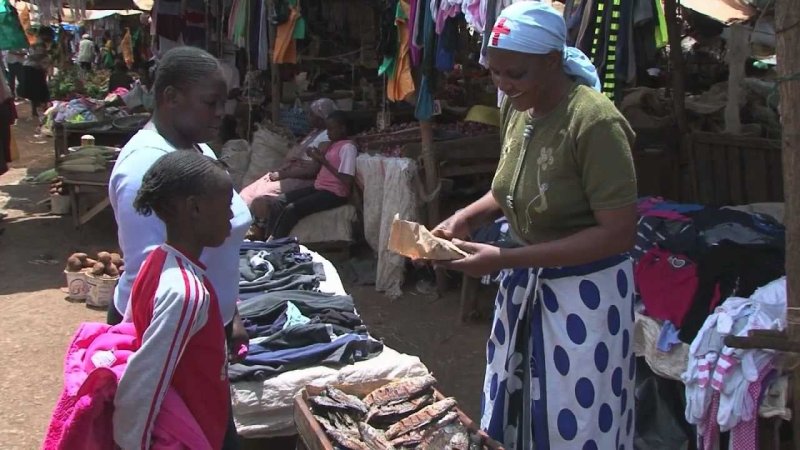 A note to Kenya on its trade talks with the US: There is strength in numbers

The recent announcement by the US and Kenya that they will initiate negotiations for a free trade agreement (FTA) has elicited concern within the African trade community.

Although the process, road map and end date of these negotiations remain to be worked out, it suffices that we reflect on possible reasons for this initiative, its ramifications on Kenya’s role as a lead proponent of the African Continental Free Trade Area (AfCFTA) and its legitimacy in light of Kenya’s membership of East African Community’s Customs Union.

While scant detail has been shared, Kenya is presenting the initiative as a proactive action in anticipation of the end of African Growth and Opportunity Act (Agoa). This preferential American legislation under which 39 African countries export a range of products to the US duty free is facing its latest end date in 2025.

Agoa has helped US to become Kenya’s third largest export market after EU and Uganda, accounting for about $400 million — nearly 10 per cent of the country’s total exports.

The second argument has been that Washington has promised Nairobi a graduation to the Millennium Challenge Account (MCA). This is a grant facility created by former President George Bush to reward friendly developing countries which pursue open market and democratic governance reforms.

The FTA initiative should be seen in the context of the Trump administration’s determination to pursue bilateral deals as opposed to plurilateral and multilateral negotiations. A resolute drive to rewrite trade arrangements to enhance reciprocity and American gains through one on one engagement. All new deals must boost American exports to the rest of the world.

For three years, Washington has been looking for an African country with which to develop a “model agreement” to be replicated for any other countries wanting to renew preferences in exporting to the US.

Authorities in Nairobi need to be aware that they are caving in where others, including Rwanda, Ghana and Southern African Customs Union have been hesitant. Ask why others are not taking the bait.

At the technical level, an American FTA is much more than a renewed market access arrangement. First is a demand for easier export of American products into your country. Not dissimilar to the recent exhortation by UK Prime Minister Boris Johnson for more chicken from Dover to populate African kitchens.

Secondly, US will pile pressure on domestic reform in the partner country. From radical reform of labour laws to strong intellectual property policing, this initiative flies in the face of food security and increased manufacturing output as espoused in the Big Four Agenda. Kenya will quickly learn why the Southern African Customs Union put FTA negotiations with the US on ice.

Regarding the end of Agoa, Kenya should follow the tested route of collective negotiation. Over the past two decades, whenever a phase of Agoa has approached a dateline, the 39 beneficiary countries have engaged the US congress collectively; and this legislation which enjoys rare bipartisan support has been given a new lease of life.

Kenya should not provide cracks in the armour of those who have pushed for further collective engagement sure in the knowledge that there is strength in numbers.

That is what you negotiate on the wholesale market and at a better price than solo efforts on the retail market.

Regarding the MCA, it is important to note two facts. One, for 16 years, Kenya has been locked out of the grant programme because successive US administrations have been dissatisfied with the level of commitment and action against grand corruption. Secondly, none of the current beneficiary countries of the MCA grants in Africa has negotiated a bilateral FTA with Washington.

Beyond the technical challenges and feasibility of a balanced agreement lie the most serious challenges to Kenya’s action. Its impact on the momentum for the AfCFTA and its compatibility with Kenya’s membership of the EAC.

Over the past few years, President Uhuru Kenyatta has distinguished himself as one of the prime movers of African integration. Rivalled only by Rwanda’s Paul Kagame, Ghana’s Akufo-Addo, he has been among the earliest to sign and ratify the agreement establishing the AfCFTA, liberalise intra-African travel by allowing all African travellers visas at the port of entry.

President Kenyatta alluded to safeguarding the AfCFTA in his statement in Washington and at major forums including the recent UK-Africa Summit in London.

Kenya has always articulated the big picture of a united Africa thus the move to negotiate a unilateral FTA flies in the face of this perception.

Granted, Kenya will look to secure its exports to the US. But at 10 per cent of its total export, it should not be done at the expense of the African market which accounts for 10 per cent of Kenyan exports and is poised to expand significantly under the AfCFTA, especially in the service sector.

At an AU summit held in Nouakchott, Mauritania, in July 2018, and again at a regular summit held in Addis Ababa in January last year, African heads of state agreed that no country shall enter bilateral free trade negotiations with a third party once the agreement comes into force. Kenya is on the brink of creating history as the first culprit in this solemn pledge.

Perhaps the most difficult hurdle Kenya will confront is the legality of any FTA negotiation. The instruments establishing the Customs Union of the EAC have been domesticated as part of the laws of Kenya.

Under these disciplines, all member states in the EAC share a common customs territory. This means no member state can offer a third-party preferential market access without the express concurrence of the other members of the EAC. Put another way, no country in the EAC can negotiate an FTA.

This is a fundamental rule of all customs unions.

This is why the EAC negotiations for the post Cotonou Economic Partnership Agreement with the European Union had to be done by the whole community. This is what a common market is all about.