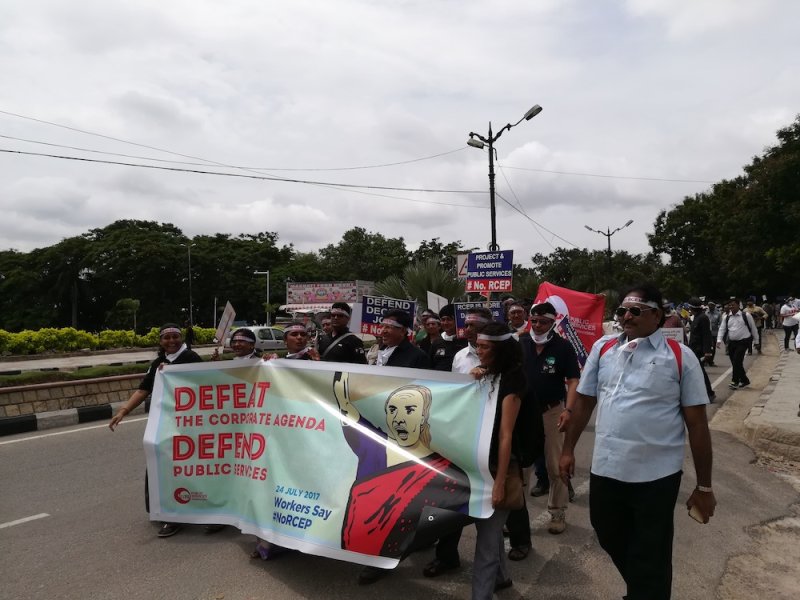 A quantitative assessment of India’s withdrawal from RCEP: issues and concerns

THE Regional Comprehensive Economic Partnership Agreement (RCEP) has been touted as a mega-regional agreement that can bring prosperity, development and well-being to the countries and peoples of the Asian region. After eight years of negotiations, at the cost of many millions of dollars, the governments of 15 countries propose to sign the deal by the end of 2020.

In their attempt to justify the deal they will undoubtedly cite anticipated economic gains that sound impres- sive. But behind those ball-park figures the economic case for RCEP is, as best, thin and at worst disguises serious negative impacts, both in traditional trade terms and in less quantifiable effects on healthcare, jobs, services, development, regulation of digital technologies and tax revenue.

The original 16 countries of the RCEP are the 10 ASEAN countries (Brunei, Cambodia, Indonesia, Laos, Malay- sia, Myanmar, the Philippines, Singapore, Thailand and Vietnam) and six countries (Australia, China, India, Japan, New Zealand and South Korea) that already have free trade and investment agreements with ASEAN. That means they already have a complex web of agreements among them, which further reduces the pros- pects of significant gains. India’s participation and access to its huge and potentially lucrative market was the major prize in the RCEP, especially for those countries that do not already have any free trade agreement with India - China, Australia and New Zealand.

The withdrawal of India from the RCEP in late 2019 dealt a severe blow to the ability of the remaining coun- tries to sell the RCEP as delivering any of its projected gains. This economic analysis uses standard economic modelling to project the economic gains that might be ex- pected from the RCEP when it included India and once India had withdrawn. While it looks only at one aspect of the agreement that deals with traditional trade it casts serious doubt on earlier more optimistic projections and shows that the case for proceeding with the RCEP without India’s participation is even less convincing. For India, the research vindicates the government’s conclusion that the RCEP would impose significant costs on India’s economy and in particular on the resilience of crucial areas of its economy and livelihoods.

THIS study identifies and rationalizes some of the issues and concerns that India has with signing of the RCEP. By analysing the existing trade balance, import surge trends, dumping, and agricultural sensitivities, among other factors, the study provides the justification for India’s decision to remain outside of this mega FTA.

The study examines some of the issues pertaining to the India-China trade in the recent past. Further, it predicts the impact of tariff elimination under the RCEP on various macro-economic variables of the RCEP member countries by using the GTAP model under two scenarios: (1) India does not join the RCEP, and (2) India joins the RCEP.

Results show that India’s GDP would be adversely affected in case India joins this agreement, and its overall trade deficit might deteriorate after joining the RCEP. In terms of the bilateral trade balance, India’s trade deficit with ASEAN and China will grow steeply if it joins the agreement. The study also finds that an RCEP without India might lose its shine as the GDP of most of the other members of the RCEP would be negatively impacted by India’s decision to stay out. ASEAN member countries, in particular, will be adversely impacted by the agreement in terms of their trade balance whether or not India joins the RCEP.

Finally, the study concludes that it may not be favourable for India to re-join this mega FTA.