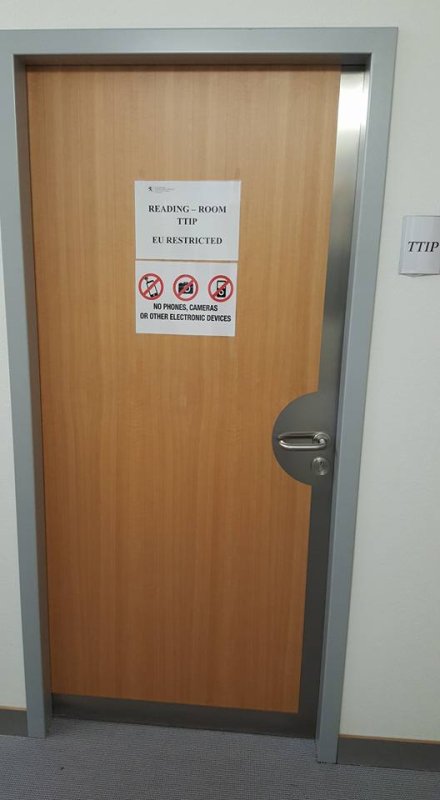 A tale of two transparencies: why the EU and activists will always disagree over trade deal negotiations

Although the Transatlantic Trade and Investment Partnership (TTIP) has dropped off the radar completely since Donald Trump’s election, for some years it was a key concern of both the US and European governments, and a major theme of Techdirt’s posts. One of the key issues was transparency — or the lack of it. Eventually, the European Commission realized that its refusal to release information about the negotiations was seriously undermining its ability to sell the deal to the EU public, and it began making some changes on this front, as we discussed back in 2015. Since then, transparency has remained a theme of the European Commission’s initiatives. Last month, in his annual State of the Union address, President Jean-Claude Juncker unveiled his proposals for trade policy. One of them was all about transparency:

“the Commission has decided to publish as of now all its recommendations for negotiating directives for trade agreements (known as negotiating mandates). When they are submitted to the European Parliament and the Council, those documents will in parallel be sent automatically to all national Parliaments and will be made available to the general public. This should allow for a wide and inclusive debate on the planned agreements from the start.”

An interesting article on Borderlex explores why moves to open up trade policy by the European Commission did not and probably never will satisfy activists who have been pushing for more transparency, and why in this area there is an unbridgeable gulf between them and the EU politicians. In contrast to Juncker’s limited plan to publish negotiating directives in order to allow "a wide and inclusive debate on the planned agreements", this is what activists want, according to the article:

“timely release of textual proposals on all negotiating positions, complete lists and minutes of meetings of Commission officials with third parties, consolidated texts, negotiating mandates, and all correspondence between third parties and officials.”

Activists are keen to see what is happening in detail throughout the negotiations, not just some top-level view at the start, or the initial textual proposals for each chapter, but nothing afterwards. The article suggests that this is not simply a case of civil society wanting more information for its own sake, but rather reflects completely different conceptions of what transparency means. Transparency is intimately bound up with accountability, which raises the key question of: accountability to whom?

“These two different views reflect a seminal academic distinction between ’delegation’ and ’participation’ models of accountability in international politics. In a ’delegation’ model, an organisation (such as the Commission) is accountable to those who have granted it a mandate (in the EU: the Council, the [European Parliament] and national parliaments). Transparency and participation should first and foremost be directed to them. Extending managed transparency to the wider public can be instrumentally used to increase trust.

In a ’participation model’, in contrast, organisations are accountable to those who bear the burden of the decisions that are taken. If contemporary trade policy impacts people’s daily lives, the people — directly or through civil society organisations that claim to represent them — should be able to see what is going on, and be able to influence the process. Therefore, there is a presupposition for openness, disclosure, and close participation.”

The article’s authors suggest that for activists, transparency is a means to an end — gaining influence through participation — and it is the European Commission’s refusal to allow civil society any meaningful role in trade negotiations that guarantees that token releases of a few policy documents will never be enough.