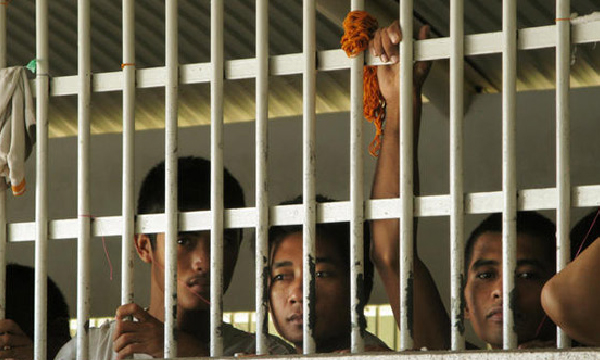 Abuse and exploitation of migrants ignored in exchange for TPPA

The recent Reuters report on United States President Barack Obama’s move to upgrade the human rights status of Malaysia to allow the continuation of the negotiations of the TransPacific Partnership Agreement (TPPA) gives a taste of what is to come, especially for migrants’ rights, if the trade deal will be signed.

Citing congressional sources, Reuters reports that President Obama is going to move Malaysia’s status from Tier 3 in its annual trafficking in persons report, to Tier 2, effectively removing a potential barrier for the continued negotiation of the US for the TPPA with Malaysia. The legislation authored by US Sen. Robert Menendez supposedly bars the US from signing trade deals with countries with severe violations of human trafficking standards, including modern-day slavery, classified under Tier 3. This legislation was also made a condition for the granting of the fast track for the TPPA.

Tier 2 status will be granted to Malaysia despite the recent discovery of more than 20 migrant trafficking camps in its territories near the Thailand border where trafficked migrants from Myanmar and Bangladesh are abused and kept in horrible conditions before being delivered to their work places. Those who did not survive were buried in the more than 100 suspected graves, some of them containing multiple bodies, found in the area. Malaysia is also a constant target of criticisms by human rights advocates and organizations working for migrants’ rights because of its inadequate efforts to address the modern-day slavery of migrant workers the country, particularly in its electronics industry, and massive palm-oil plantations. In 2009, Indonesia imposed a two-year ban on sending migrant workers to Malaysia after a series of abuse. Malaysia’s laws in fact do little in the proper recognition of trafficked men and women as victims, often criminalizing them and keeping them in detention cells before being deported.

Ironically, several TPPA apologists say that migrants and workers rights will improve under the TPPA because of its enforceable labor standards. However, since the text is secret, there is no way of knowing if these labor standards will be any different from the previous ones in other FTAs that were woefully inadequate. Lessons learned from a similar trade deal, the North American Free Trade Agreement (NAFTA), showed the exact opposite. NAFTA provisions did not prevent, but actually fuelled the terrible working conditions in the factories known as maquiladoras, that moved from the US to Mexico, because of cheaper wages and lower labor standards. NAFTA severely restructured Mexico’s economy, greatly contributing to the massive migration of impoverished Mexicans to the US. Their cheap labor provided immense profits for the plantations and processing plants where they work long hours for measly wages, always in fear of being deported. Human trafficking worsened and the criminalization of undocumented migrants has lead to violation of their rights and vulnerable to further abuse and exploitation.

Like the NAFTA, the TPPA will benefit only corporations with access to cheap labor. Ignoring migrant workers’ rights in exchange for profit will be the norm under the TPPA. With President Obama having the power to fast track the trade deal, peoples organizations and movements must gather their own power to stop the TPPA in its tracks. The fight against TPPA is a fight not only for migrants rights, but also for people’s human rights against corporate take over.