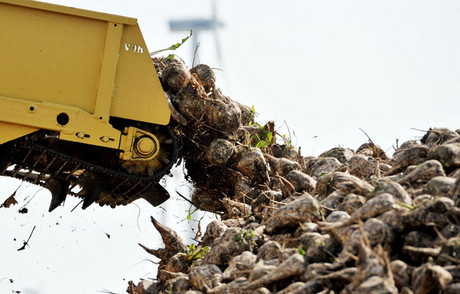 Brussels — ACP sugar supplying states are appalled by the decision reached by the EU institutions on Wednesday 26 June to abolish EU beet and isoglucose sugar quotas in 2017. Once again, the concerns and expectations of the ACP have not been taken into account in spite of their numerous submissions over the past years.

The ACP have regularly and consistently warned the European Union of the damage that early abolition of beet and isoglucose quotas would cause to their economies. This was seen to contradict and undermine the objectives of the Economic Partnership Agreements (EPAs) which many of the ACP sugar exporters had entered into or are in the process of finalizing the negotiations with the EU.

Indeed, the Commission’s own impact study forecast that prices would decrease by some 45% when compared to 2012 market prices. We signaled that such a situation with the attendant volatility would introduce major uncertainties for ACP suppliers. Market price fluctuations will also be determined by exogenous factors such as exchange rates. At this forecast price level, many of our sugar industries may be unable to survive. The analyses of independent consultants and academic researchers supported these devastating predictions if the Commission’s proposal for EU’s 2015 abolition of beet quotas sugar is adopted.

The ACP also drew the attention of EU decision makers to the December 2012 report by the European Commission Services entitled “Prospects for Agricultural Markets and Income in the EU 2012-2022” which that the expiry of sugar quotas would lead to a reduction of the domestic sugar price in the EU. Imports, including preferential access, would be less attractive and the EU would move close to self-sufficiency and may even become a net exporter from time to time. The ACP warned that when CXL imports are factored in, the inescapable conclusion was that ACP sugar exports would drop to a negligible fraction of what they are today, or be wiped out altogether of the EU market.

In spite of this empirically-based forecast of immense damage to ACP sugar industries and, more widely, to ACP economies, the EU decision makers have agreed to put an end to sugar quotas in 2017, earlier than the proposal of 2020 made by the European Parliament. This decision calls into question the coherence of EU policies and seriously undermines the very basis of the long longstanding trade and development cooperation partnership between the ACP and the EU.

The ACP firmly believes that this time lag will be too short to implement measures to improve the competitiveness of their respective industries and allow them to operate successfully in such a liberalized market. This will also negate the gains made so far from investments made through the EU-funded Accompanying Measures Support Programme and own scarce resources in some cases.

In line with the objectives contained in the Cotonou Agreement and the Economic Partnership Agreements, the ACP call on the EU to review the situation in 2018 and to come up with appropriate corrective measures to enable its small and vulnerable trading partners to continue with their economic development and integrate into the world economy .

* THE ACP GROUP The ACP Group is the largest trans-national intergovernmental organisation of developing countries in the international system, with 79 member countries from Africa, the Caribbean and the Pacific. Today, the main goal of the Group is to drive South-South solidarity and North-South cooperation for the sustainable development of ACP countries and their successful integration into the world economy. Originally brought together as a result of the Association Clause in the Rome Treaty of 1957, which established the European Common Market, the Georgetown Agreement of 1975 formally established the ACP Group as an intergovernmental association.