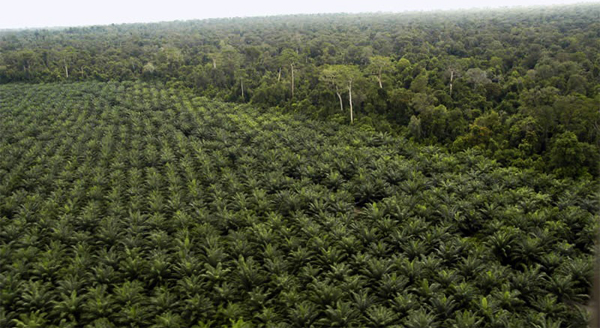 Activists : Palm oil must not get wider access to EU under Indonesia trade talks

Environmental activists have called for the issue of palm oil to be excluded from discussions taking place this week between the Indonesian government and a European Union trade delegation.

They fear that favorable terms for Indonesian palm oil to enter the EU market, under the auspices of the Indonesia-EU Comprehensive Economic Partnership Agreement (I-EU CEPA) currently being hashed out, will only exacerbate the issues of deforestation and land conflicts that have long dogged the palm oil industry in the Southeast Asian nation.

Palm oil must be excluded from the negotiations, said Yuyun Harmono, campaign coordinator for the Indonesian Forum for the Environment (Walhi), “because open market access will benefit corporations and worsen climate change and social conflicts.”

A key sticking point for activists worried about a freer flow of Indonesian palm oil into the EU market is the issue of efforts to improve environmental sustainability in the industry.

Paul de Clerck, head of the economic justice team at the European chapter of the world’s biggest grassroots environmental network, Friends of the Earth International (FOEI), said he had seen a leaked document from the Indonesian government which laid out the government’s proposals for palm oil in the I-EU CEPA negotiations.

He said the pitch called for the EU to ditch both tariff and non-tariff barriers, including prevailing environmental and health standards, to allow full access for Indonesian palm oil to the 28-nation EU market.

De Clerck said the document also argued that sustainability issues had been properly addressed through existing certification schemes, which he believed referred to the Indonesian Sustainable Palm Oil (ISPO) standard.

“So it means that if something is ISPO-approved, then the EU should accept that,” de Clerk told Mongabay. “What we know about palm oil companies operating in Indonesia is that it’s not difficult to comply with ISPO standard, so the risk is that this would mean all palm oil coming from Indonesia is compliant with ISPO standard and would get preferential access to the EU market and that would just worsen the problems.”

Established in 2011, the ISPO is a mandatory stamp of approval that a company has complied with Indonesian laws. However, a 2017 report from the Forest Peoples Programme (FPP), an international NGO, found it to be the weakest certification scheme for biofuels and edible oils.

The FPP noted that the ISPO “provides very little protection of human rights and community livelihoods” as it lacks many basic labor and human rights indicators in its criteria. For instance, the ISPO does not explicitly prohibit the use of forced or child labor.

De Clerck said the Indonesian government pitch he had seen called for palm oil sustainability to be judged not according to EU standards, but by international or bilateral standards, which don’t exist.

“I think that can be seen as a way to silence the critics on palm oil production,” he said.

The CEPA negotiations, billed by Jakarta as the most ambitious bilateral trade package Indonesia has embarked on, kicked off in July 2016. The talks this week, in the city of Surakarta, in Central Java province, mark the fourth round of negotiations.

Indonesia is the world’s biggest producer of palm oil, and the EU is its second-largest market, after India, which makes the commodity a key issue at the talks.

“One of Indonesia’s interests is to solve the hurdles faced by Indonesian palm oil products in the EU market,” the Indonesian Ministry of Trade said in a statement.

The ministry is focused in particular on the European Parliament’s recent vote to phase out palm oil from motor fuels by 2021 due to environmental and human rights concerns. The move, part of the EU’s renewable energy policy, has sparked outrage from officials in Indonesia and Malaysia, which together produce nearly 90 percent of the world’s palm oil.

“Indonesia regrets the European Parliament’s decision, which is discriminatory in nature by differentiating palm oil from other plant-based biofuels,” the Ministry of Trade said.

Palm oil operators in Indonesia have long been criticized for driving deforestation across much of the islands of Sumatra and Borneo, as well as stoking social conflicts over land and other resources with forest and indigenous communities. In 2017 alone, there were 33 such conflicts reported throughout Indonesia, according to Walhi.

The industry also contributes to annual land and forest fires, which are exacerbated by the draining of carbon-rich peat swamps to make way for plantations.