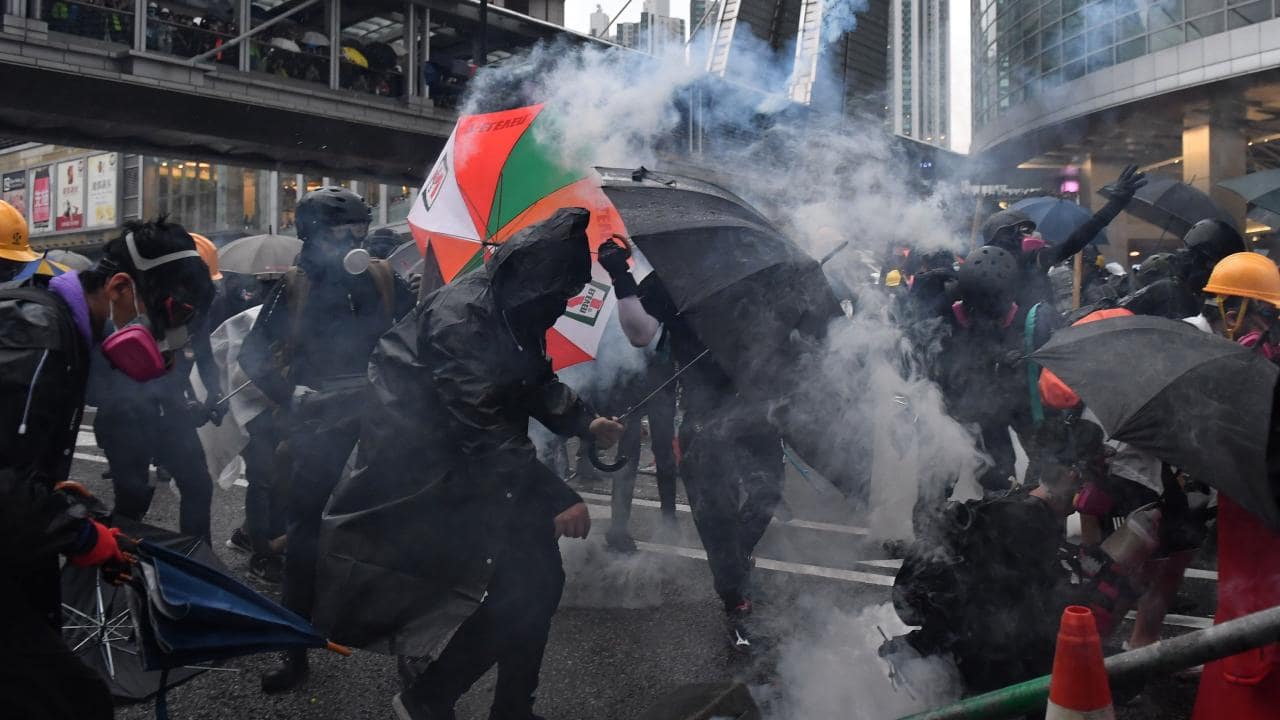 AFTINET has joined with the ACTU, APHEDA and other Union and community groups to stand in solidarity with workers and pro-democracy protesters in Hong Kong.

AFTINET Convener Pat Ranald spoke at a rally held in Sydney on Monday 2 September and called on the government not to ratify the recently signed trade and investment agreements with Hong Kong until human rights abuses against democracy protesters have been resolved.

Dr Ranald highlighted that lack of provisions committing governments to protect human rights, workers’ rights or environmental standards in the Hong Kong agreement. She called for all trade agreements to include enforceable provisions that ensure governments uphold these fundamental rights.

Dr Ranald also criticised the inclusion of Investor-state dispute settlement (ISDS) provisions in the investment agreement with Hong Kong, which give corporations the power to sue governments for public interest policies. She called on the Parliament not to pass the implementing legislation for trade and investment agreements that include ISDS provisions.

AFTINET stands with pro-democracy protesters in Hong Kong, who are demanding: