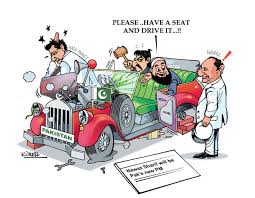 Amended FTA with China to be finalised in mid-Feb

ISLAMABAD: In order to improve Pakistan-China trade relations, amendments to the FTA will be finalised in mid-February dialogue between the two sides.

It is expected that in early March, both the countries will sign an amended FTA.

According to sources, Pakistan has prepared a draft document for amendments to the FTA, which has been shared with Chinese officials. They said according to the draft, duties and taxes on the import of goods from China, which were made locally in Pakistan as well, would be reviewed. On the other hand, Pakistan will seek relaxation in duties and taxes from China in order to increase the export of different products, including rice, textile and more than a dozen other goods.

The sources said in a bid to finalise amendments to the FTA, Pakistani officials from the trade, finance and textile ministries,FBR and the Board of Investment, including officials from other ministries and divisions concerned, will visit China next month, where a dialogue will be held and duties and taxes on Chinese exports to Pakistan may possibly go up.

They said there was a massive gap in the trade balance between the two countries. Pakistan’s annual trade deficit with China has gone above $12 billion.