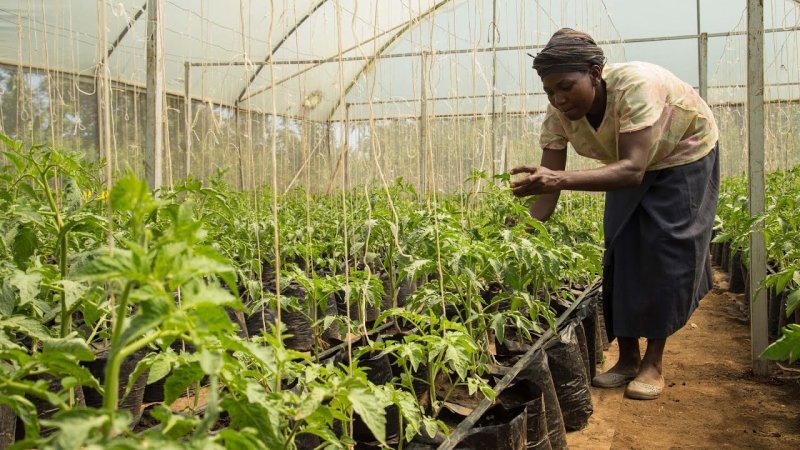 An early assessment of the prospective Kenya-United States trade agreement

A second Working Group meeting was held from October 31 to November 4, 2019 in Nairobi, Kenya. Discussion topics at this meeting included services, digital trade, intellectual property, agriculture, environment, customs and trade facilitation, technical barriers to trade, labor, and state-owned enterprises. The two countries also discussed how they could establish a “framework to provide technical assistance and trade capacity building in Kenya with the aim of maximizing Kenya’s utilization of the African Growth and Opportunity Act (AGOA) trade benefits for the remaining years of the preference program,” which will expire in 2025.

A third meeting of the working group meeting was held the week of February 3-7, 2020 in Washington, D.C. This meeting coincided with President Uhuru’s second visit to the White House and the announcement by President Trump of his intention to negotiate a trade agreement with Kenya. The two countries committed to crafting a new “trading arrangement that guarantees continued market access for Kenya’s products in the US market after the African Growth and Opportunity Act (AGOA) comes to an end in 2025.”

The United States preferential regime for access to its market, the African Growth and Opportunity Act, (AGOA), is coming to an end in 2025. This is because the WTO waiver that allows the United States to have this preferential regime ends on September 25, 2025. The Obama Administration considered three options for a post-AGOA trade regime with Africa. First, to negotiate a free trade agreement with the African Union. Second, to negotiate a free trade agreement with Africa’s sub-regional economic communities. Third, to negotiate a free trade agreement with one African country as a template for the rest of the continent. The Trump Administration seems to have gone for the last option. So why this last option and why Kenya?

It is unclear. From the perspective of the United States, Kenya has a strong market economy and strong diplomatic links that are likely to guarantee successful negotiations. Kenya may also provide a foothold for the United States efforts to compete for opportunities in Africa with China.

The question why Kenya is particularly important if one considers it from another perspective – why not Rwanda? After all, Rwanda is one of the perennial top African performers on the World Bank’s Ease of Doing Business Reports. It is the only low-income country in the top 50 of those global rankings. In 2020 Kenya, which has shown remarkable progress in the Ease of Doing Business Reports for reasons that I explore in a forthcoming book on Kenyan company law, is ranked 56th compared to Rwanda’s 38th position. From this perspective, Rwanda is a much more market friendly economy than Kenya. However, if one considers that Rwanda has decided to keep its ban on second hand clothes after the United States objected to this ban, perhaps provides part of the answer. In other words, Rwanda sacrificed its continued duty free access to the U.S. market under AGOA so that it could develop its domestic textile industry. This 2016 commitment to keep out second hand clothes was agreed among East African Community member states, but in 2017 Kenya defected from this commitment to keep second hand clothes off its market unlike Rwanda.

Other Concessions Exchanged Between Kenya and the United States

The February 2020 third Working Group meeting between the United States and Kenya also came with revelations of further concessions Kenya has made to the United States. Most significantly was the announcement that Kenya had adopted a phytosanitary protocol that now allows previously banned imports of American wheat from three Northwest States, Washington State, Oregon, and Idaho. Under this deal wheat worth $470 million dollars can now be imported into Kenya for the first time in over a decade.

It is notable that wheat producers in the United States have long identified Kenya’s SPS measures prohibiting importation of wheat from the three Northwest American States as a barrier that should be removed. The wheat industry in the United States has therefore celebrated the new access to the Kenyan market as a victory. These farmers also praised the recent US, Canada, Mexico Trade Agreement. Details of the new phytosanitary protocol with Kenya are not public yet. What is clear though is that there has been a long-standing concern that wheat from those States would introduce flag smut which Kenya wheat is understood to be vulnerable to.

Some research that appears to have U.S. Department of Agriculture Foreign Agricultural Service government funding has concluded that Kenya is facing a wheat deficit that would have to be filled in by importation. It is unclear why Kenya would prefer to import wheat from the United States rather than import from African producers. As the Africa Union’s fifty-year plan, Agenda 2063 reports, African countries import food worth billions of dollars every year from outside Africa at the expense of actual and potential food sources within Africa. If Africa kept even a small percentage of this money by buying this food within Africa, that would help African agriculture, by far the largest economic sector in Africa. This decision to open up Kenya’s market to wheat from the United States also undermines Kenya’s own plans to revive its wheat industry and in my view inexplicably ignores the fact that wheat farmers in the United States are heavily subsidized. According to one estimate, subsidies to wheat farmers in the United States between 1995 to 2019 totaled USD 45.8 billion. This undermines any argument that market conditions make it easier to import wheat from the United States rather than from African countries to fill any wheat shortfalls Kenya has.

Therefore, even setting aside whether or not Kenya’s decision to negotiate a free trade agreement with the United States signals whether or not it has abandoned the African Continental Free Trade Agreement, at this point it is unclear what benefits the Kenyan government sees in such a future agreement. The other three outcomes of the February 2020 Working Group meeting are not realizable immediately as the concession Kenya has made such as the one that allows U.S. wheat into its market. These three outcomes are:

None of these outcomes is potentially transformative for the Kenyan economy. This together with planned negotiations on services, digital trade, intellectual property, customs and trade facilitation, technical barriers to trade, labor, and state-owned enterprises does not seem to put Kenya’s interests at the heart of these negotiations. The fact that agriculture is on the agenda is potentially significant for Kenya but given the concessions Kenya has already made on wheat, one would have to wait for the details to make a firm assessment on way or another.

The AfCFTA and the Forthcoming US/Trade Agreement

President Uhuru Kenyatta has argued that a forthcoming trade agreement between the United States and Kenya will not undermine the African Continental Free Trade Agreement (AfCFTA). Article 4(2) of the Agreement Establishing the AfCFTA provides that:

This means that Kenya, which has ratified the AfCFTA, would be obliged to extend any concessions it grants the United States to all AfCFTA parties. This is where it really gets interesting.

As currently designed, the AfCFTA does not prevent Kenya to offer the same or more favorable trade terms to the United States than those that it has granted other AfCFTA member states. I believe this is what many critics of Kenya’s planned agreement with the United States have been getting at. They are worried that there is no mechanism to defend intra-regional trade liberalization commitments made by African countries through the AfCFTA from being available to economies like the United States that enter into a trade agreement with an AfCFTA member state once trading under AfCFTA rules commence.

This is a legitimate worry. The United States has the market power to ensure that its rights to access to Kenyan market in a future trade agreement are complied with in a way that AfCFTA member states may not be able to compel Kenya to extend any concessions to the United States to AfCFTA member states. By negotiating on its own inconsistently with the effort of the African Union to speak in one voice in trade and investment negotations with third parties like the United States, Kenya is likely to be suffer a lop-sided deal along the lines of the concession it has made on wheat.

Finally, I want to conclude with some thoughts that Kenya could consider keeping in mind in negotiating with the United States:

Kenya’s negotiations with the United States while the African Union is in ongoing negotiations on a future agreement between African countries and the European Union that raises similar issues because of the upcoming expiration of the Cotonou Agreement, makes this an important period, perhaps a transitional moment in Africa’s trading relationship with the West. A lot is at stake and Kenya is right in the middle of it.