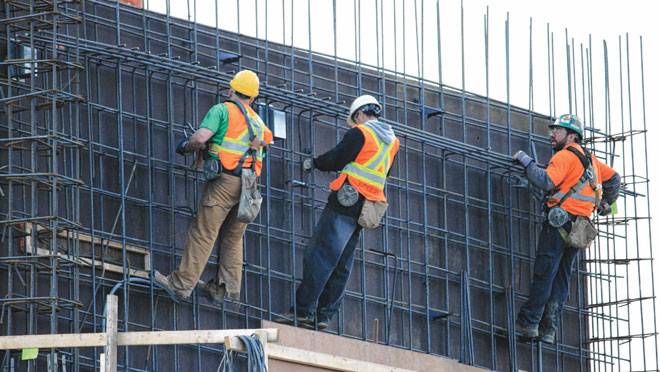 Canada’s GDP is less than half the size of Germany’s. By any stretch of the imagination, our economy is small when compared to the giants we’re playing with in the global sandbox. Strategic involvement in selective trade deals can benefit us; our products need markets, and our people need products at reasonable costs. But signing trade deals where the benefits for Canada are opaque — or, at best, unconvincing to ordinary citizens — is not a good idea.

The text of the TPP document is vast and has not been publicly released by the Government of Canada. In fairness, the Trudeau government has not made a public decision or announcement regarding TPP, as it was the previous government that steered negotiations. In fact, the Government of Canada is furiously translating the document into French before it releases it to the public for comment. Other countries, like New Zealand and the United States, have gone public with the full text of the deal and have launched a full-court press to convince the public. Canada needs a public conversation about this highly secretive deal sooner rather than later.

The TPP could open the door to tens of thousands of economic visitors to Canada who would have substantial access to Canada’s labour market, completely unfettered and protected rights to enter and work in middle class jobs. This is curious and is a relatively new feature in international trade deals.

Canada, the United States and Mexico agreed in NAFTA on work visa reciprocity for specific professional and ’’specialty installation’’ oriented occupations. Twenty-two years later, those NAFTA occupations are largely outdated and industries on all sides have been calling on governments to update the list to meet workforce challenges for at least the next decade. When NAFTA was signed in 1993 the Internet was offering newsgroups and the Mosaic browser was still popular. Unfortunately, there are apparently no plans to update the NAFTA occupations in the near future.

Labour mobility is important and provides excellent opportunities for countries to leverage each other’s strengths in international agreements. Let’s examine the labour mobility provisions in the TPP which come from New Zealand’s released text. Chapter 12 of TPP clearly outlines Canada’s obligations to provide temporary entry of ’’technicians,’’ which is defined as a ’’specialty occupation’’ requiring:

(a) theoretical and practical application of a body of specialized knowledge (b) a post-secondary or technical degree requiring two or more years of study as a minimum for entry into the occupation, unless otherwise provided in this Schedule, as well as any other minimum requirements for entry defined in the National Occupation Classification, and (c) four years of paid work experience in the sector of activity of the contract, (d) remuneration at a level commensurate with other similarly-qualified technicians within the industry in the region where the work is performed. Such remuneration shall be deemed to not include non-monetary elements such as, inter alia, housing costs and travel expenses. For the purpose of this definition, specialty occupation means, for Canada, an occupation that falls within the National Occupation Classification levels O, A, and B

In the Japanese example, Canadian skilled trades workers do not appear have the same access to the Japanese marketplace as Canada afforded them in negotiations.

It does not appear the U.S. signed on to this protocol and therefore American skilled trades workers will not enjoy the same treatment listed above — nor will Canadian construction workers enjoy such access south of the 49th. This is the most frustrating piece of the puzzle; why would two labour markets with access to workers with similar language profiles not come to a deal? So no NAFTA occupations update with the U.S. and no deal in TPP — what a missed opportunity for large energy and infrastructure companies who do business on both sides of the border on a regular basis. What a missed opportunity for the middle class in both countries.

Canada also is allowing foreign access to domestic government procurement contracts for construction projects over $5 million to all signatory actors to the deal. In summary, Canada’s large infrastructure projects of the future could be built by foreign construction companies using large swaths of non-Canadian workforces (under the labour provisions outlined above).

Weren’t these infrastructure projects supposed to create jobs for the middle class? It is standard trade deal practice to open up government tendering. However, in the past these projects would have to be built using Canadian labour, according to the rules set out in the Immigration and Refugee Protection Act. Not under the TPP.

Trade is more than OK. Canada was built on trade — but a trade where we don’t really get anything in return isn’t really ’’trade’’ at all. Canada’s beef producers got access to the Japanese market — but pipefitters and carpenters in Waterloo and Woodbridge are out of luck. Why didn’t pipefitters get access to the Japanese economy? Why not strike a deal with the U.S.? This was a perfect opportunity to strengthen labour delivery within North America. The Beyond the Border Working Group team in Canada and the U.S. should probably just disband and throw in the towel.

No one seems to know what the impact will be and no one is talking openly about what Canada got. Hopefully, Trade Minister Chrystia Freeland, the Trudeau government and the Council of the Federation will take a look at this deal and think very carefully before signing on. Both Canada’s economic future and the future of its middle class might depend on it.