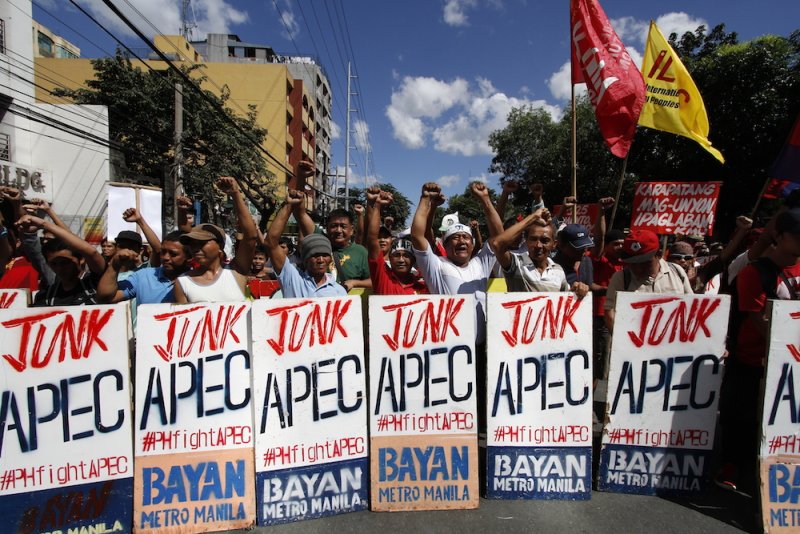 US President-elect Donald Trump had earlier stated his intention to renegotiate or leave the free trade agreements in which the US is a party.

While the US President Barack Obama had decided not to push for approval of the Trans-Pacific Partnership (TPP) ratification, which marked the start of the Apec meetings.

In response to this challenge, Apec’s organisers reiterated their faith in trade liberalization in the meet that started on Monday here, Efe news reported.

The chairman of the Abac, Juan Francisco Raffo, said that although Apec was "very concerned" about Trump policies but it reaffirmed it would continue to focus on trade liberalization and free trade agreements.

Raffo said if someone did not like the idea, they would be left out.

"If the US repudiates the Trans-Pacific agreement or any other agreements, we only have to move forward with less people," Raffo told Efe.

At the Apec 2016 that started in the Peruvian capital, business meetings, talks between experts and state ministers, as well as a dialogue between Facebook founder Mark Zuckerberg and the leaders attending the summit, were scheduled.

Among others, the participation of Barack Obama, at his last Apec summit, as well as Chinese President Xi Jinping and Russian President Vladimir Putin, were expected.

The Apec is the world’s largest trade association and consists of 21 Pacific Rim member economies and accounts for 54 per cent of global GDP, 50.3 per cent of exports and represents a population of 2.85 billion people.