Amid the delay in DDA [Doha Development Agenda] negotiations, in 2003 FTA movement by major nations, in particular was very brisk. As for newly concluded FTAs in 2003, Asia let the world with seven agreements, followed by America region with six. Meanwhile, FTAs were under negotiation in America (17), Asia (12), Europe (12) and Oceania (4). 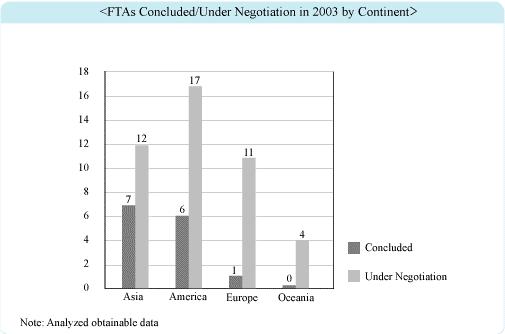 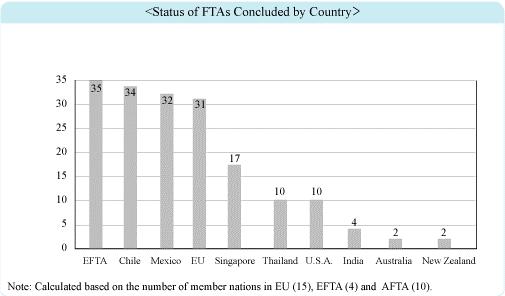 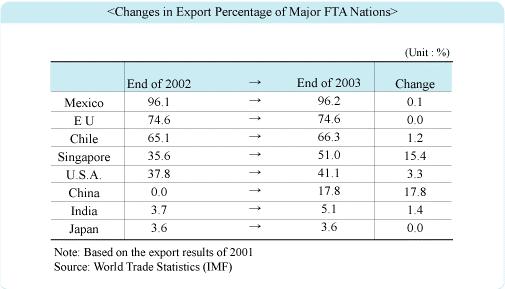 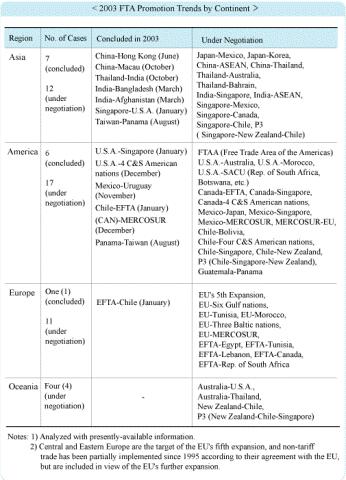