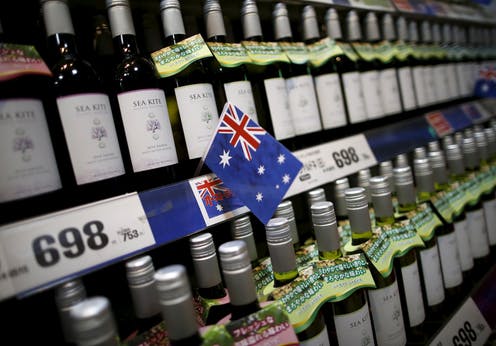 Trade representatives from more than a dozen countries have flown into Australia to conduct highly secretive negotiations on a mega deal that will sideline the United States amid the ongoing economic fall-out from the US-China trade war.

All 10 ASEAN member states and their partners; China, Japan, South Korea, Australia, New Zealand and India, will be locked in negotiations in Melbourne from Friday over an EU-style trade deal known as the pan-Asian Regional Comprehensive Economic Partnership [RCEP].

The 16 nations will be negotiating what Trade Minister Simon Birmingham calls "one of the most economically significant trade agreements in the world" after Prime Minister Scott Morrison used the G20 in Osaka to urge both the US and China to resolve their disputes to avoid global collateral damage.

China’s Ambassador to Australia, Cheng Jingye, escalated the conflict in Canberra on Wednesday, vowing his country would "fight to the end" in its $US250 billion trade war with President Donald Trump over intellectual property and manufacturing subsidies. Mr Trump and China’s President, Xi Jinping, will dine together in Osaka on Saturday in a meeting that is expected to send global markets spinning.

New figures from the World Trade Organisation show tit-for-tat reactions by other countries to the rising tensions have seen import restrictions rise to to 3.5 times the level of 2012 across the G20 - a pattern described as "worrying" by trade analysts.

Mr Morrison is positioning Australia as a mediator between the two superpowers at the same time as his Trade Minister sets a deadline of this year for the RCEP agreement to be finalised.

Senator Birmingham said "the growth of global trade rules have delivered has been an economic miracle of our lifetimes", and that Australia could "not fix the dispute between the US and China" while signalling Australia would continue to look elsewhere for trade opportunities.

The RCEP agreement would encompass 30 per cent of global gross domestic product, 3.5 billion people and eclipse the TPP-11.

But a coalition of 52 groups, including the Australian Council of Trade Unions, Missionaries of the Sacred Heart, Greenpeace and the Public Health Association, has written to Senator Birmingham urging him to release details of the proposed deal. The letter claims leaked texts show the deal will allow international corporations to sue governments over domestic laws, weaken the Pharmaceutical Benefits Scheme and increase the number of temporary workers.

Few public details have been released about the agreement beyond access for Australian agricultural products into China and India in exchange for relaxed visa restrictions to Australia for their booming IT workforce.

Monash Business School international trade law lecturer Giovanni Di Lieto described it as "one of the most secretive free trade negotiations we have".

Trade negotiators are wary of releasing too many details before trade deals are signed - fearful of giving away their negotiating position - but experts say the level of scant level of detail associated with this deal is unprecedented.

Australian Fair Trade and Investment Network convenor Dr Patricia Ranald, who wrote the letter to Senator Birmingham, said the 52 groups wanted to reduce secrecy to allow for proper scrutiny of the economic impacts before the deal is signed by political leaders.

"Currently trade deals are not released to the public or Parliament until after they are signed," said Dr Ranald, a research fellow at the University of Sydney.

"The letter demands public release of the text, an independent assessment of economic, health, gender, environmental and regional impacts before the text is signed, and for Parliament to vote on the whole agreement."

However, Senator Birmingham said: "It’s longstanding international practice for negotiating texts and positions to remain confidential until negotiations are concluded."

KPMG Australia chief economist Brendan Rynne said free trade was imperative to the global economy and pointed to the "worrying increase in trade-restrictive measures" adopted by countries in the last six months.

His modelling shows Australia faces losing 0.5 per cent of gross domestic product or $58 billion if the US-China dispute continues. A full escalation, with other countries applying 15 per cent tariffs, would be devastating, crimping economic growth by 3.5 per cent over a decade and triggering a "prolonged recession".

"KPMG modelling last year confirmed that trade liberalisation is key to economic growth and demonstrated how potentially damaging protectionism is, and these forecasts are starting to play out," he said.

"All countries lose by joining in a downward spiral of import restrictions and tariffs."