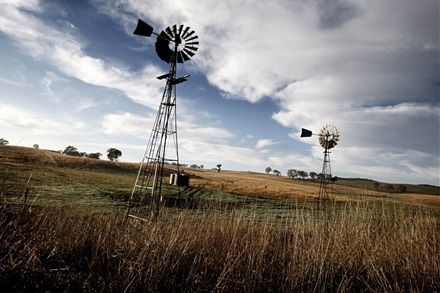 FARMERS should be questioning Australia’s eagerness to rush in and sign up to a host of global free trade deals says southern Queensland beef producer, Liam O’Dea.

While the federal government and farm leaders are pushing hard for Australian Free Trade Agreements (FTA) to be finalised speedily with big customers such as Japan, China, Indonesia and India, Mr O’Dea said there was good reason to be cautious, even sceptical, about just what FTAs actually delivered in farmgate returns.

He said past experience indicated Australian producers were near the bottom of the ladder when it came to reaping real benefits.

Our farm sector also had limited leverage with which to bargain in FTA talks.

Although applause continued to greet last month’s long-awaited news that Korea and Australia would cement an FTA deal as early as possible in 2014, Mr O’Dea said the decade-old FTA with the US had done little to boost farm exports to America.

Other local industries had grown their market share in the US a little, but the Americans had been the biggest winners by far.

"Our trade deficit with US has risen from about $US6 billion a year in 2004 to about $US30b and is still growing, according to the US Census Bureau," said Mr O’Dea, a keen observer of trade and economics issues and a semi-retired beef producer at "Baranula", south of Warwick.

"I believe Australia’s total exports to the US have increased by just $1b annually, to about $6b.

"Prior to the the Australia-US FTA we were told it would be a great boon for our rural exports - just as we’re being promised the Korea FTA will be a boon for us today.

"But the US deal has rarely been mentioned since it was signed.

"In fact the sugar industry didn’t even get a foot in the door in 2004 and it’s still waiting."

The US deal eliminated most barriers to Australian imports of US goods, but kept restrictions on Australian sugar exports to the US and only modestly liberalised rules relating to our sales of beef and dairy products to US markets.

The National Farmers’ Federation (NFF) has acknowledged the USFTA had not yet delivered great results for farmers.

But it did improve our access to US market opportunities that other trade competitors would have enjoyed at Australia’s expense if we had not signed up.

"A key reason our trade with the US hasn’t grown as much as forecast is that other markets have grown and absorbed our agricultural exports instead - particularly in Asia," said NFF economics and policy manager, Tony Maher.

But 10 years years after the US FTA fanfare, Mr O’Dea said the Australia-Korea FTA seemed headed for a similar rushed conclusion without much chance to examine its likely bad points or oversights.

"I’m appalled that we have not seen what is in this agreement," he said.

"When it’s presented to parliament it will be a complex document, and there’ll be little time for MPs to properly study it, question it or change it.

"There’s a big push to get it done and dusted before any of us has a chance to digest the contents.

"This secrecy is very smelly and treats cattle producers and all Australians with contempt."

The Korea FTA deal has included acceptance of an investor-State dispute settlement (ISDS) clause, which grants Korean companies such as mining or farming ventures the right to initiate dispute settlement proceedings against Australia under international law if local rules or (land use) restrictions are changed and prove detrimental to their business.

Mr O’Dea said the Canadian government was being sued by US energy multi-nationals because it imposed restrictions on CSG fracking and similar legal issues had emerged with the ISDS clause in USFTAs in South America.

"Closer to home Philip Morris in Hong Kong is trying to take action against plain packaging on cigarette packs in Australia," he said.

The NFF’s Mr Maher understood Australian negotiators had taken precautions with the Korea FTA to restrict local liability to the ISDS provisions, particularly in relation to protecting the Pharmaceutical Benefits Scheme (PBS).

Meanwhile, in Korea there is still likely to be political resistance to removing barriers currently restricting farm imports from competing with local production.

Mr O’Dea said this may result in the deal being watered down further at Australia’s expense before it was signed.

Although a strong advocate for free trade, he said even if the Korea FTA went ahead relatively smoothly he could not see it assuring farmers of higher farmgate prices.

"Prices for cattle in Australia are determined by supply and demand here much more than tariffs paid to Korea," he said.

The immediate beneficiaries of lower tariff costs would be our exporters and Korean traders, and "you’d need a hell of a lot more consumer sales" to translate into higher prices to Australian producers of beef, wine or other products.

"In the past year we saw a lot more beef sold to China and other countries which our meat exporters could have paid us more for in the saleyards and still done quite well for themselves, but they didn’t have to because of the strong numbers available.

"The best thing to lift beef prices is rain - more cattle stay in the paddock and there’s more competition in the yards."