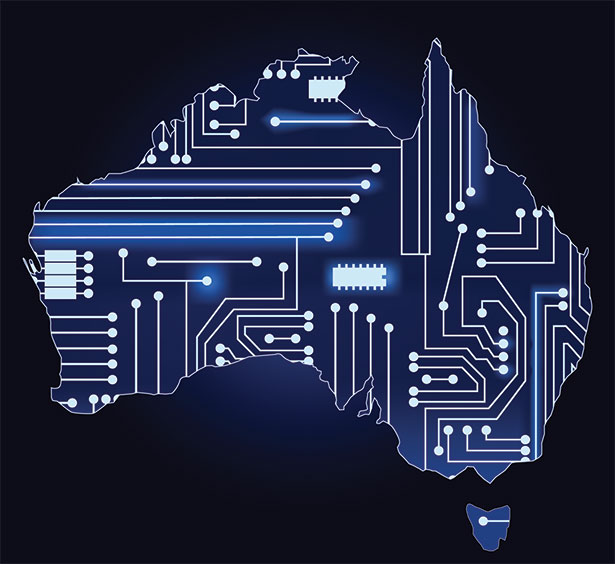 On 16 May 2019, Chile, New Zealand and Singapore announced negotiations on a Digital Economy Partnership Agreement (DEPA) that would establish new trade rules and best practices for the digital era. Australia should join and actively participate in these negotiations.

In recent years, Australia has been a pioneer in digital rule-making though the use of different trade instruments, particularly at the multilateral level. Australia has signed the Information Technology Agreement and the Trade Facilitation Agreement, both of which deal with aspects of e-commerce and digital trade. It is also active in the ongoing negotiations of the plurilateral Trade in Service Agreement. At the 11th World Trade Organization (WTO) Ministerial Conference in Bueno Aires in December 2017, Australia — along with Japan and Singapore — launched and co-convened the E-Commerce Joint Statement Initiative with 69 other WTO members.

Australia is also engaging in digital trade matters in international institutions such as APEC, the OECD and the G20 by participating in discussions on digital standards and best practices. Many of the free trade agreements (FTAs) the country has signed in recent years include e-commerce chapters that attempt to govern digital trade in a bilateral manner. Australia and other member countries also worked hard to ensure a robust e-commerce chapter in the Trans-Pacific Partnership (TPP) and the subsequent Comprehensive and Progressive Agreement for the Trans-Pacific Partnership (CPTPP).

A major reason for Australia’s active involvement is the increasing significance of the digital economy to the country’s overall economy. The recent Digital Innovation Report by CSIRO’s Data61 argues that digital innovation could deliver AU$315 billion (US$218 billion) in gross economic value to Australia over the next decade. Australia’s International Business Survey of 2018 reveals the extent of trade digitisation — 44 per cent of their respondents used e-commerce to sell their goods and services and 34 per cent intended to increase use of technologies and online channels to secure more export sales.

In its submission to last year’s Australian parliamentary report ‘Trade and the digital economy’ by the Joint Standing Committee on Trade and Investment Growth, the Australian Department of Foreign Affairs and Trade (DFAT) stated its intentions to contribute in harnessing the expanding digital economy. It aims to achieve this by ‘actively shaping an enabling environment for digital trade’ and ‘building trade architecture and international regulatory cooperation that is responsive to the contemporary needs of the digital economy’.

This is where DEPA adds value. According to a joint ministerial statement by the three member countries, DEPA seeks to establish new international approaches for digital trade issues and aims to provide governance rules for cutting-edge digital issues such as artificial intelligence, e-payments, e-invoicing and digital identities. A memo released by New Zealand’s Ministry of Foreign Affairs and Trade states that one of DEPA’s objectives is to ‘create a model digital economy agreement (or provisions) that can act as a pathfinder for others, that can raise ambition in other contexts and forums, and that can be integrated into and support processes in APEC, the World Trade Organization (WTO) and elsewhere’.

If Australia wishes to strengthen its voice in digital trade negotiations and enhance its ability to shape digital rule-making, it could look beyond the WTO, APEC and the G20. DEPA would be a natural place to start.

Australia already has comprehensive preferential trade agreements with the three DEPA member countries that contain fairly sophisticated e-commerce chapters. Chapter 16 of the Australia–Chile FTA and Chapter 14 of the Singapore–Australia FTA deal specifically with e-commerce, while the Australia–New Zealand Closer Economic Relations Agreement deals extensively with digital trade. Given that DEPA hopes to build on the progress made in the CPTPP, Australia would be well placed to contribute to that effort.

The membership of these three countries in DEPA is significant. They were the same countries — along with Brunei — who came together in 2005 and signed the P4 agreement, formally called ‘The Trans-Pacific Strategic Economic Partnership Agreement’. They hoped that this agreement would set the rules and standards for future trade negotiations in the Asia Pacific and the WTO.

Australia only agreed to participate in the TPP negotiations after the United States signalled its intentions to join, but it has since sought an active role in shaping the form and substance of this agreement. Counterfactuals are hard to assess, but Australia’s fingerprints on the TPP could have been larger if it had joined the P4 agreement from the start. Similarly, Australia could have a greater impact on digital trade governance if it becomes involved in DEPA negotiations at the outset, particularly if DEPA ends up having a catalytic effect on the trade architecture the way the P4 did.

DFAT should reach out to the three countries and indicate Australia’s interest to join DEPA negotiations. In the short-term, this would give Australian negotiators a clearer view of digital policymaking within these pioneering countries. They could also ensure that DEPA remains compatible within the wide parameters discussed at the multilateral level and that any progress made in this smaller grouping could feed back into WTO and APEC discussions.

With the current participants hoping to conclude negotiations by November 2019 and sign a deal during the APEC Economic Leaders’ Meeting in Chile, the window of opportunity for DFAT to get involved is rapidly shortening. By adding its name to DEPA negotiations, Australia can extend the country’s recent tradition of involvement on matters concerning e-commerce and ensure that it remains at the cutting edge of international digital rule-making.