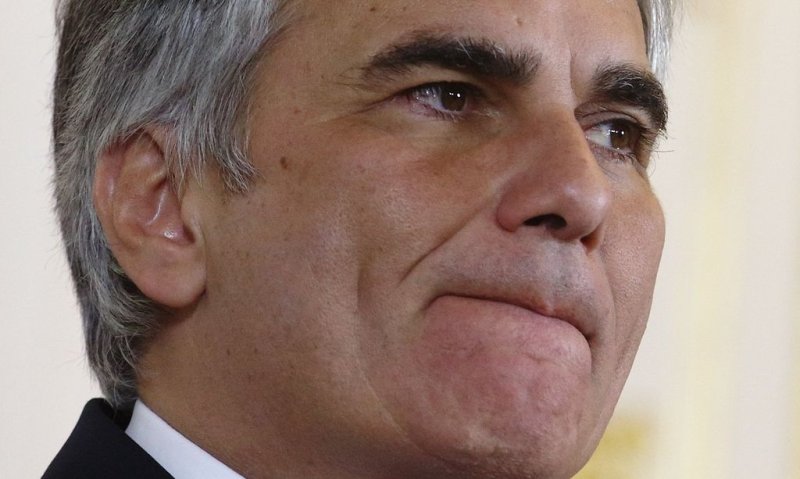 "Austria will resist TTIP single-handedly, even up to the European Court," Faymann maintains.

VIENNA — Austrian Chancellor Werner Faymann has spoken out "in support of moving away from additional sanctions on Russia," Austrian media report.

The Vienna Times reported him as saying that he supports "100 percent" the position of German Foreign Minister Frank-Walter Steinmeier that further sanctions would make the situation worse between Russia and Ukraine.

"I cannot approve of the euphoria of many in the EU over the success of sanctions against Russia. I see absolutely no cause for celebration. I do not know why we should be pleased if the Russian economy collapses," Faymann told the Oesterreich newspaper, Reuters reported.

"We would be sawing off the branch we are sitting on if we erected a new wall to Russia’s economy," he said, and according to the agency "his spokeswoman confirmed the remarks."

Faymann "justified the original sanctions as a self-defense step," Reuters reported, quoting him as saying, "Our goal cannot be tightening the sanctions."

He also said he had called for peace talks over Ukraine when he spoke recently with Russian President Vladimir Putin: "We have to step up using our neutral role in the year ahead and push for peace negotiations."

In the interview for the Oesterreich, Faymann also warned that Austria could file a lawsuit before the European Court of Justice over EU’s intention to sign the the Transatlantic Trade and Investment Partnership (TTIP) with the United States.

According to the Austrian chancellor, corporations are "already powerful enough, and should not be handed all the power."

"We have looked the other way for too long while corporations were establishing a world of their own on a global level, such as tax loopholes. That led the world to the 2008 crash. It is contrary to the democratic ethics of countries like Austria that they should not be given a special court and a special right to lawsuits," he said, adding he was "convinced that the U.S. as a country with the rule of law is strong enough to refrain from such special legal proceedings."

The chancellor now intends to find allies on the EU level in order to "protect the social and environmental standards in Europe."

"Austria will resist it also single-handedly even up to the European Court," he said.

When it comes to Ukraine, Faymann is not supportive "of the policy of sanctions of the colleagues in the EU," and does not think Ukraine should join NATO, "as that would only aggravate the crisis."

According to him, "a military intervention" would also not provide Ukraine with security.

Faymann urged the EU to make greater political commitment in Ukraine related to "securing the rights of minorities."

"The EU is not an extension of NATO, that is, it is not NATO in civilian clothes," the German chancellor concluded.