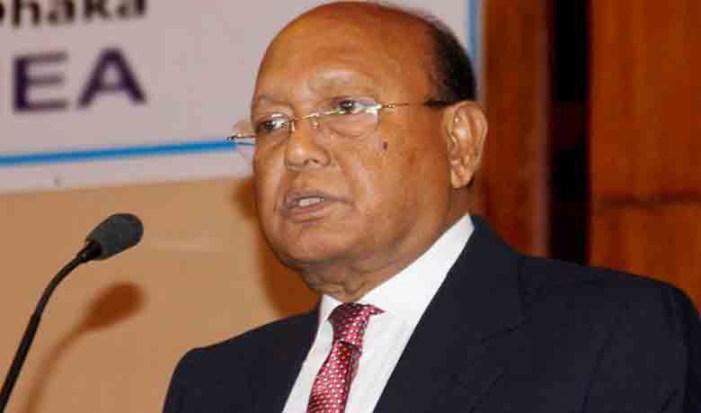 Bangladesh proposes FTA talks with US

Bangladesh being denied GSP and duty-free quota-free market access now seeks a free trade agreement with the United States as it is graduating to a middle-income country.

“I would like to propose an FTA between Bangladesh and the United States as we are not getting duty-free quota-free access,” Commerce Minister Tofail Ahmed saidon Thursday, inaugurating the 25th US trade show.

He argued that Bangladesh was supposed to get the duty-free facility when it was LDC.

“When we are graduating we don’t expect that. We are planning to have the FTA with many countries in the world,” he said.

US Ambassador Marcia Bernicat, who was present during the event, later told journalists that by this proposal the minister has shown “real vision” in talking about where the trade relations need to go when the two mature economies are trading.

“It’ll take several years [FTA talks]. But why not get started now on framing what the FTA would look like.”

Bangladesh does not have an FTA with any countries in the world.

The commerce minister said this year they will complete an FTA with Sri Lanka.

“Thailand also proposed FTA. Malaysia also proposed,” he said, adding that Bangladesh is also in talks with Argentina and Brazil for FTA.

He also invited the US investors to come and invest in the special economic zones. “Our FDI policy is liberal,” he told them.

The last US administration suspended Bangladesh’s GSP privileges on the ground of factory safety and labour rights issues.

Commerce Minister Ahmed earlier on Wednesday in an event said Bangladesh is not expecting GSP programme back “because whatever progress we make they are not going to give it back”, indicating that Bangladesh fulfilled all conditions in the action plan rolled out by the US to get the privilege back.

Bernicat last year said Bangladesh’s duty-free quota-free market access to the United States is “extremely unlikely” as it requires a multi-country trade agreement and fulfilling the conditions of the GSP standards.

She said so far the US had offered the access to two “multi-country” trade agreements — one is to the poorest region Sub-Saharan Africa and the other for the Caribbean.

Third would have been the TPP, but that has been suspended by the new President Donald Trump, she had said last year.

The American Chamber of Commerce in Bangladesh or AmCham with the support of the US Embassy in Dhaka has been hosting the trade show since 1992 when the bilateral trade was only $1 billion. The two-way trade is now over $7 billion.

More than 150 American companies represented by 43 exhibitors from home and abroad will exhibit their products in the three-day show at the Pan Pacific Sonargoan Hotel. The companies range from agricultural products, consumer goods to car makers.

The US Embassy also opened a booth with the representatives from the USAID, Education USA, US Department of Agriculture, consular affairs team and the commercial section.

The show will remain open for visitors from 10am to 8pm. The entry fee is Tk 30 per person. But students in uniform or identity cards are exempted from entry fee.