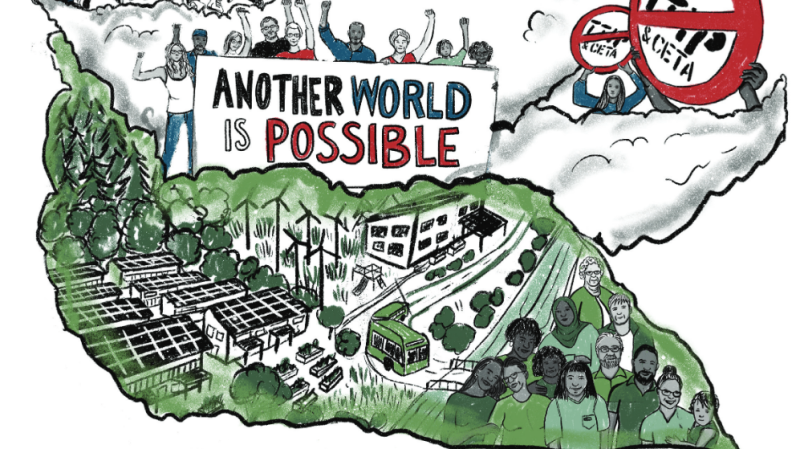 Beyond NAFTA 2.0: A trade agenda for people and planet

With ratification of NAFTA 2.0 still up in the air, a new international report looks beyond that deeply flawed agreement to imagine a more progressive and truly fair trade regime. The report, which includes contributions by trade experts and activists from all three North American countries, critically analyzes the USMCA (known as CUSMA in Canada and T-MEC in Mexico) and sets out alternatives that would give priority to human rights and the rights of nature over corporate rights.

Beyond NAFTA 2.0: A Trade Agenda for People and Planet is jointly published in English and Spanish (see below) by the Ottawa-based Canadian Centre for Policy Alternatives (CCPA), the Washington, D.C.–based Institute for Policy Studies (IPS) and the Rosa Luxemburg Foundation’s New York office.