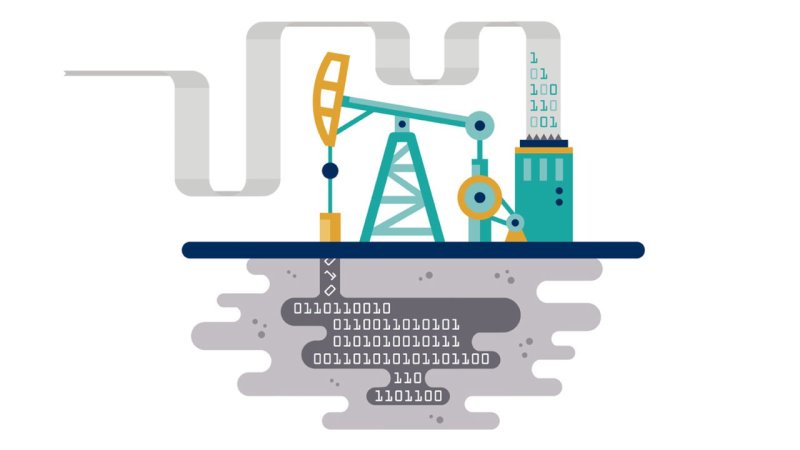 This is the week the EU brings in new regulations to control how organisations can use your data. You might be sick of the re-subscribe emails you’re getting from everyone, but these new rules are aimed at forcing all organisations to gain genuine consent to use your personal information. They introduce concepts such as the “right to be forgotten” into law, and the penalising of those who don’t comply.

While certainly not perfect, this is the biggest ever attempt by governments to get to grips with the huge new powers that digital technology hands to big business. Tech corporations are among the richest and most powerful in the world, and governments are struggling to keep up with their ever expanding power. GDPR (General Data Protection Regulation) is one part of the answer, passed in the face of fierce opposition from big tech.

But a big tech fightback is already under way, with corporations looking to use trade deals to preserve and expand their vast global power. And they have an ally in the British trade secretary, Liam Fox, who speaks passionately about the need to diverge from EU rules, singling out data rules as a possible area for action. The “e-commerce agenda” – which aims for a “free flow of data” across the globe – is at the cutting edge of trade policy. It was a major item of discussion at last year’s World Trade Organisation summit – where it failed because most developing countries opposed it – and is being included in new trade deals such as the Trans-Pacific Partnership and the Trade in Services agreement.

Few would deny that we need rules to control digital trade. From the Cambridge Analytica scandal to the role of Amazon in undermining high-street retail and Uber’s impact on workers’ rights, big tech is transforming our world, and doing so in ways that defy standard regulation. The problem is that the e-commerce chapters put forward in new trade deals would – far from controlling big tech and making it work for the many – actually cement the power of a few big players into global rules for ever.

Under today’s trade regime, anything that gets in the way of a corporation doing what it wants is labelled a “trade barrier”. The EU is focused on preventing big tech moving your data overseas, where more lax regulations could govern its use and abuse. But Donald Trump and Liam Fox label the EU’s behaviour as protectionist.

The issues at stake aren’t limited to personal privacy. New technology has outrun society’s ability to control it. Vast fortunes have been made as a result, and corporations are impinging on our lives in ways we could never previously have imagined. Consider India, a country that is rightly interested in developing its own technology sector. Like all infant industries, this will need to be planned through an industrial strategy and, to some degree, protected from mega-corporations that can simply blow new companies out of the water. It will also need looser intellectual property laws, to allow developing countries to learn from the big players. But this will all be impossible under some of the rules being proposed under the e-commerce agenda, which includes, for example, rules that prevent the need for big tech companies to have any sort of local presence in the countries they’re operating in.

That makes regulating and taxing these companies much more difficult. It also means it’s impossible for developing countries to insist on technology or skills transfer. In effect, big business can profit from a market without providing jobs or skills or knowhow or taxes, or having to worry about new regulations.

Two weeks ago it was announced that Walmart was buying a controlling stake in Indian online retailer Flipkart. This is big news because India has resisted domination by major western supermarkets, which it fears could wipe out its local and national retailers. But by buying an online retailer, Walmart could have found a way round India’s successful retail regulation. This would proliferate under e-commerce rules.

It gets worse when you remember that many of these corporations are “rent-seekers” to a large degree. They don’t make things, but rather provide online platforms that they charge rent to use. This is a model for the extraction of wealth. Companies such as Uber and Airbnb get huge commissions from the incomes of low-paid taxi drivers and accommodation owners in countries such as Uganda and Nepal. Small businesses at the very end of the value chain are subsidising fat-cat salaries in Silicon Valley.

The problem will only get worse, because every year the size of the digital economy increases, which is why big tech wants to write the rules so its power can expand over ever greater sections of the economy. Rather than inspiring new, collaborative means of organising society, these rules shore up the power of private monopolies to stamp out alternatives.

Over the past 30 years trade rules have been used to secure greater monopoly power for the richest businesses on earth – big pharma and big agriculture to name just two. If we want the economy of tomorrow to be more democratic and diverse, we need to fight big tech now.

We need global rules for digital trade and e-commerce – rules that prevent monopolies and add to our ability to tax and regulate big business. But that’s the opposite of what’s on the table. Rather than buy into Fox’s free-market approach, let’s remember that data has been described as the “new oil” of the global economy. Like any extractive industry it must be regulated for the benefit of people and the planet. The GDPR is a starting point.

Nick Dearden is the director of Global Justice Now