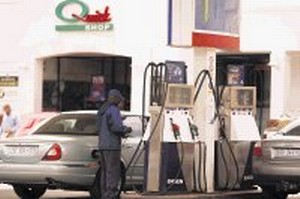 She said this was evident in agreements such as the African Growth and Opportunity Act and agreements with the European Union.

The fund provided expertise, mentoring and funding for sustainable business models submitted by black entrepreneurs, and was meant to support the country’s black economic empowerment commitments.

The body has developed finance products ranging from R250,000 to R75 million, and received applications from a diverse range of aspiring business people who may not have easy access to commercial bank funds.

According to results for the year ended March 2010, despite a "hard year", the fund showed an increase in transactions from R23 million in 2005, to R2.2 billion in the last financial year.

But, she added: "It’s not just a passive investment that happens while you work in a bank".

Speaking on the sidelines of the presentation, the fund’s chief financial officer Andrew Wright said one of the biggest lessons they had learnt for potential business people was that they needed help "demystifying" the dreaded business plan they had to submit to have funding considered.

To remove the "terror" from this hurdle, the fund had mentors and advisors, some of whom were retired executives, who helped them move beyond not just providing volumes of information, but facts that showed the business would be viable.

To do this, a person had to show financial forecasts, a feasible market and a high level of probability the venture would work.

They further had to provide evidence of required managerial experience.

One of the projects they were currently advising on was a massive minerals beneficiation plant.

If, like the 24 percent of impairments they had in the last year, a business showed signs of wobbling, the NEF moved in to help find a way of saving it through, for example, restructuring.

Of the 24 percent of impairments last year, four percent were eventually written off. For 2009 it was a 19 percent impairment rate, with five percent write off.

The "asset" for the NEF loan, beside the skills shown and the good business plan, was the business itself, so the NEF had a vested interest in its success, he said.

Board chairman Ronnie Ntuli said the days of "playing musical chairs" with existing parcels of funding were over,

The fund much preferred to focus on the direct value a business could provide for the economy, by creating jobs for example.