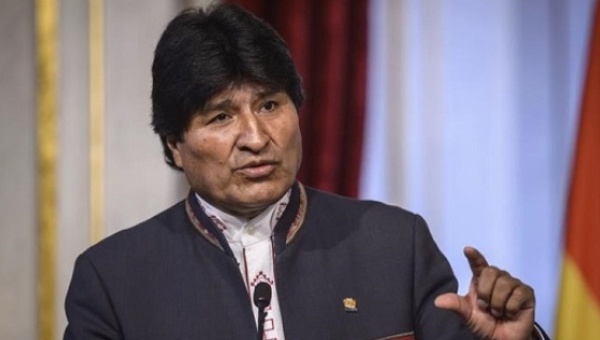 Bolivian President Evo Morales issued a scathing criticism Wednesday of the Pacific Alliance Trade Bloc referring to it as a “political, military and financial arm of the empire.”

“It seeks to put an end to the regional integration initiatives of MERCOSUR, UNASUR and CELAC,” President Morales wrote on twitter.

Over the last decade and a half several regional integration mechanisms have emerged such as the Bolivarian Alliance for the Peoples of Our America (ALBA), the Union of South American Nations (UNASUR) and the Community of Latin American and Caribbean States (CELAC), which was formed with the goal of strengthening domestic and regional sovereignty.

“Some oligarchies and politicians in the region are infringing upon the sovereignty of our people and nations; they would prefer to exploit instead of redistribute our wealth,” The Bolivian leader added.

The newly formed organizations function as alternatives to initiatives such as OAS (Organization of American States) and Community of Andean Nations (CAN), and the Pacific Alliance group, which historically have acted consistent with U.S. foreign policy objectives and pro-free market policies.

The Pacific Alliance is a regional integration initiative formed by Chile, Colombia, Mexico, and Peru on April 28, 2011. They represent 37 percent of Latin America’s population, 35 percent of its total GDP; 46 percent of its exports, and 50 percent of its imports.