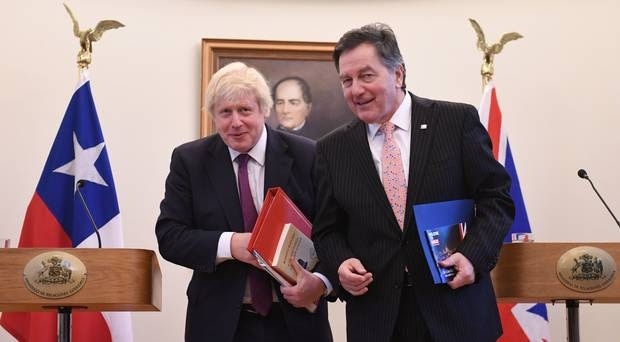 Today I received a phone call from our friend Boris Johnson, new British prime minister. We talked about his participation in COP 25 (*), COP Blue, the free trade agreement with Chile and the coming meeting we will be having at G7, Brexit and the close friendship and collaboration between our countries“, tweeted Piñera.

PM Johnson, then foreign secretary of Theresa May, visited Santiago de Chile in May 2018, and at the time, according to the Chilean leader, he underlined the significance that Brexit could have for both countries, since leaving the European Union is an opportunity to strengthen and expand bilateral trade links, in the midst of negotiations to modernize the free trade agreement between the UK and Chile.

”Free trade is a characteristic that defines the UK and Chile. Two hundred years ago, Chile forged its path to independence which included the part played by British Admiral Lord Cochrane in helping start the Chilean navy and ensure free trade“, wrote Boris Johnson last year in a column published in El Mercurio in coincidence with this visit.

The UK government also mentioned the phone call saying that the Prime Minister spoke to President Piñera of Chile.

”The leaders agreed to work together to strengthen the partnership between our countries as the UK prepares to leave the EU, including by stepping up our trading relationship.

“They also discussed the importance of global action to tackle climate change, ahead of COP25 in Chile later this year”.