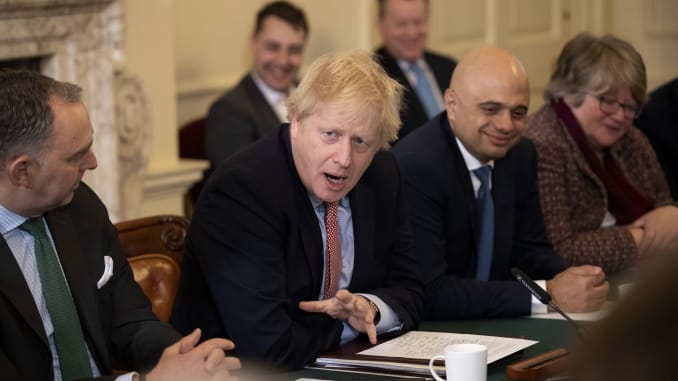 Boris Johnson will tell European Union Commission President Ursula von der Leyen on Wednesday that the British government is only interested in negotiating a free trade agreement with its largest market, and that he’s determined to achieve it by the end of the year.

In their first meeting since von der Leyen took up her post — and since Johnson won last month’s election — the U.K. prime minister will say he wants an “ambitious FTA,” but not one based on Britain aligning itself to EU rules. His office said he’ll tell her that voters expect negotiations to conclude on time.

“This means there is an acceptance that there will be new regulatory barriers to trade in exchange for increased domestic regulatory flexibility and the chance to strike new free trade agreements with the U.S. and others,” said Sam Lowe, trade research fellow at the Center for European Reform.

Von der Leyen last year questioned whether it was possible to reach a deal on such a tight schedule. Lowe said that it could be achieved, but it would mean Britain accepting EU environment, labor and state aid regulations.

Aside from timing, Johnson has only set out one red line, that Britain should be “in full control” of its fishing waters. Though fishing is a tiny proportion of the U.K. economy, it is a totemic issue to many backers of Brexit.

The direction of travel Johnson is currently signaling is bad news for British businesses that have grown used to moving goods painlessly to and from the rest of the EU. It’s still possible that the prime minister will change course, but the current rhetoric suggests industries face new barriers to trade.

Johnson’s spokesman James Slack told reporters Monday that the U.K. would be able to open trade negotiations with other countries, including the U.S., after Britain has left the EU on Jan. 31. Some of Johnson’s supporters say this will put more pressure on the EU.

Von der Leyen is due to make a speech at the London School of Economics around 11 a.m., then meet Johnson around 4 p.m. They’ll be joined for part of the meeting by EU negotiator Michel Barnier and U.K. Brexit Secretary Stephen Barclay.

The prime minister is already putting his majority to work, pushing the EU Withdrawal Agreement Bill through Parliament. On Tuesday it returned to the House of Commons, where Johnson easily won a series of votes. The Commons is expected to finish with it Thursday, and send it to the House of Lords. Although Johnson doesn’t have a majority in the upper chamber, it is likely to respect his electoral mandate to push the deal through.