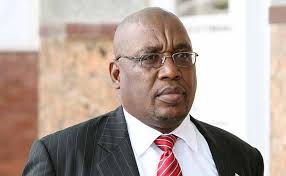 Vincent Seretse met with his counterpart in the European Union, APA learnt on Friday.

Botswana Minister of Trade and Industry Vincent Seretse has met with European Union Trade Commissioner Cecilia Mamstrom in Gaborone to discuss the finalisation of Economic Partnership Agreement (EPA) negotiations between the EU and the Southern African Development Community (SADC).

A press release from the ministry said Seretse, who is also the coordinator of the SADC EPA Group, and Malmstrom discussed the conclusion of the process towards the signing and ratification of the SADC-EU EPA as well as the upcoming World Trade Organisation 10th Ministerial Conference to be held in Nairobi, Kenya, and other trade issues of mutual interest to the two parties.

On the EPAs, the minister and the commissioner reiterated their full commitment to the conclusion of the process leading to the signature, ratification, and subsequently entry into the force of the EPA.

For her part, the commissioner said the EU has set aside funds to assist the SADC states in implementing the EPA upon its entry into force and that Botswana was eligible to benefit to the tune of Euro 2.6 million (P28.8 billion).

She therefore urged Botswana to come up with proposals to motivate for the release of the funding.