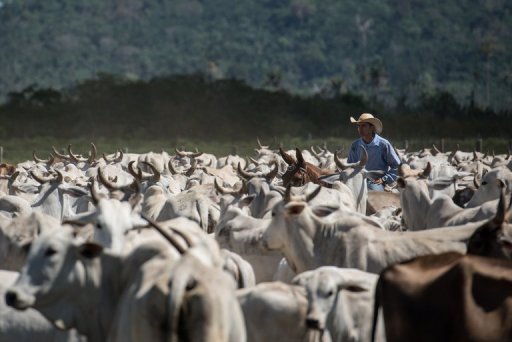 Brazilian Agriculture Minister Blairo Maggi told national media that the EU’s agricultural representative had called him by telephone and that they are due to meet today to discuss the issue. He also confirmed he had been in contact with the heads of the two meat producers involved in the scandal, JBS and BRF.

The EU and the Merosur trading bloc are set to press on with negotiations on a massive trade deal and the South American powerhouse is naturally concerned that this scandal could jeopardise those talks. A foreign ministry representative admitted that “it really complicates negotiations”.

“This problem affects and will affect everyone. I do not know what the consequences will be but we are going to have problems and we will have to work hard in order to minimise their impact. We have a robust, rigid system that is validated by our international buyers but it fails when people are corrupted and that is regrettable,” Blairo Maggi explained.

Brazil, one of the world’s largest food producers, was rocked by a police operation on Friday (17 March) where it was revealed that large meat producers had bribed health inspectors to certify tainted food as safe for human consumption.

“The Commission will ensure that any of the establishments implicated in the fraud are suspended from exporting to the EU,” a spokesman for the European Commission told a regular press briefing.

The executive added that the meat scandal would have no impact on negotiations currently under way between the EU and Mercosur, in which the two sides hope to reach agreements on free trade.

Brazil is the globe’s largest exporter of beef and chicken and fourth in terms of pork sales. Exports of these products made up 7.6% of its trade in 2016 and topped $11.6 billion, with the EU its main trading partner.

In order to preserve its lucrative trade, Brazilian President Michel Temer even invited ambassadors to a steak dinner to try and prove that its meat industry poses no threat. He acknowledged that there had been problems but that it did not represent wider risks.

“What the federal police’s investigation shows is that a crime has been committed against the Brazilian people, which merits being punished to the fullest extent possible,” said a communication from the minister, who cut short a ten-day-long sick leave to deal with the situation.

Maggi insisted that “a lot of action has already been implemented in order to correct distortions and stamp and corruption”, adding that “new measures will now be taken”.

The minister concluded that a “zero tolerance” approach would be taken.