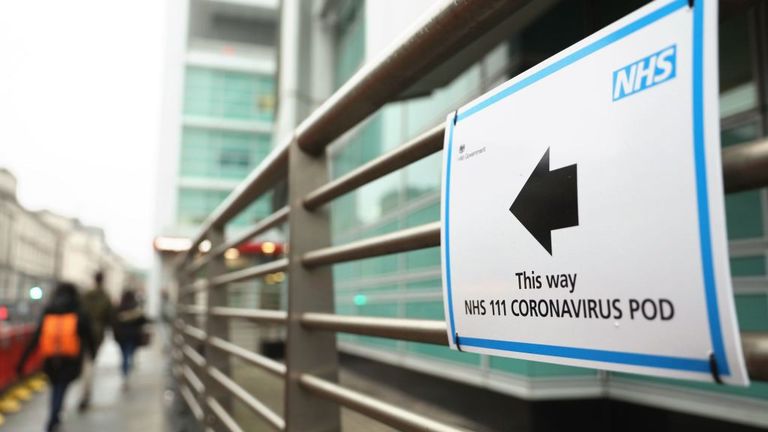 With over 200 UK and EU officials set to meet in London on March 18, negotiators have decided to call off the next round of negotiations as part of an effort to stop the spread of the deadly virus. After failing to reach a positive conclusion in Brussels last week, the delay will only add to the time pressure on both sides to conclude a deal before the end of the Brexit transition period after December 31.

The Government maintains that it will not agree to a one-off extension, which would see Britain continue to follow the EU’s rules and regulations for up to two years, after it was enshrined into law.

London and Brussels are working on plans to ensure officials can continue talks next week but have decided they won’t be held in their arranged format.

A joint statement said: “Given the latest COVID-19 developments, EU and UK negotiators have today jointly decided not to hold next week’s round of negotiations in London, in the form originally scheduled.

“Both sides are currently exploring alternative ways to continue discussions, including if possible the use of video conferences.”

Sources have suggested smaller delegations of negotiators could instead meet to discuss new papers presented by both sides.

Trade talks between the UK and the United States could also be put on hold because of coronavirus.

The Department for International Trade said discussions were still due to begin at the end of March, but added that the plans could change.

“We have published our negotiation objectives for a U.K.-U.S. free-trade agreement and talks are due to begin at the end of this month,” a spokesperson said. “Of course, we will keep the situation under review and will be guided by scientific advice.”

Michel Barnier, the EU’s chief negotiator, is expected to publish a new plan, based on his previous mandate after it is circulated to member states tonight.

One EU diplomat said the new position will present the bloc’s “take-it-or-leave-it” offer to Britain.

Mr Barnier is said to be furious with his UK counterpart, David Frost, for claiming the consequences of Brexit were yet to sink in with Brussels.

London is also expected to present its own draft legal text as part of next week’s talks.

Describing the plan, an ally of Boris Johnson said: “We are producing the text because we are ready to do it. It is not a bespoke trade deal — it is a text based on the precedent of deals the EU has already struck with sovereign third countries.”