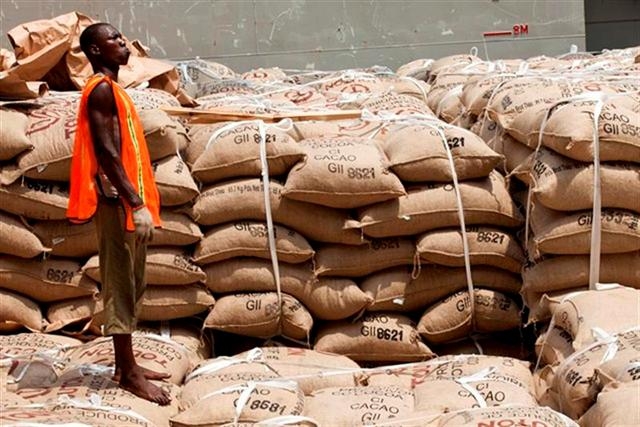 For the Ivory Coast, this decision would have a big impact on cocoa exports, which is its main product, says Marc Maes

The EU plans to raise the pressure on six African countries to implement controversial free trade agreements by putting an end to their preferential access to the EU market.

The European Union’s economic partnership agreement (EPA) negotiations with its African partners have deteriorated into a long and drawn-out battle.

Frustrated by the slow pace of progress in its negotiations with certain countries in the African, Caribbean and Pacific Group of States (ACP group), which have advanced little in ten years, the European Commission plans to end the preferential access of Ghana, Ivory Coast, Kenya, Botswana, Namibia and Swaziland to European markets by October 2016.

The EU’s objective is to push its African partners to ratify the EPAs that will replace the non-reciprocal trade preferences granted by the EU to these countries as part of the Cotonou agreement of June 2000. While the majority of African countries have signed these agreements, very few have ratified them at a national level, and their implementation has been slow.

The end of the preferential treatment enjoyed by these six countries will have dramatic consequences for the countries’ public finances. Currently, the EU’s ACP partners benefit from customs exemptions on exports to Europe.

For the Ivory Coast, this decision would have a big impact on cocoa exports, which is its main product,” said Marc Maes, the head of European trade policy for the Coalition of the Flemish North South Movement. Cocoa accounted for 26% of Ivory Coast’s total exports in 2013.

In a confidential document seen by EurActiv.com, the executive explained that it had prepared legal tools to end all preferential access enjoyed by these countries “in order to ensure consistency with the 1 October 2016 deadline”.

This deadline “is by no means a surprise to any of the parties and there has been sufficient time to prepare for it”, the document added. By mid-July, the European Commission plans to adopt the six acts needed to end the preferential market access.

But the EU’s decision to play hardball has not gone down well among ACP countries. Particularly because the delay in the negotiations, they feel, is largely down to the EU’s own exorbitant demands.

“We are concerned that all ACP states have not been able to conclude economic partnership agreements due to the excessive demands from the European Union that has weakened regional economic integration processes,” the ACP group’s heads of state and government stated after their summit in Papua New Guinea on 1 June.

A group of French civil society organisations has called on the European Institutions to reject the delegated acts, which it described as “illegitimate means to exert political pressure that run counter to the values of the European Union”.

The struggle between Europe and its developing country partners over these trade agreements is nothing new. Since 2007, when the first deadline for the implementation of the EPAs expired, the EU executive has been pushing its partner countries to sign interim agreements to keep their commercial arrangement alive.

Some African countries did sign these agreements, but others, like Gabon, Nigeria and Congo Brazzaville, refused. The fragmentation that ensued has hindered the economic development of some of the poorest African regions, which have been unable to act as trading blocs.

Poorest countries to lose most

The biggest losers in this situation are the least developed countries, which currently have total, unconditional access to the European market (with the exception of arms). For them, the EPAs are not necessarily a welcome development, as they will find themselves obliged to fully open their markets to European exports.

12 of the 16 countries in West Africa are among the least developed in the world. “These 12 countries have accepted the agreements with the EU so as not to compromise the commercial unity of the region,” said Maes. “For them, the EPAs have no benefit.”

For other developing countries, the EPAs should slightly improve trade relations. But according to the calculations of Jacques Berthelot, an economist and former lecturer and researcher at the National Institute of Agronomy in Toulouse, these benefits will be far from enough to cover the loss of customs duty on imported European products.

Altogether, the countries of West Africa can expect to lose €3.2 billion per year in customs duty from 2020 on.