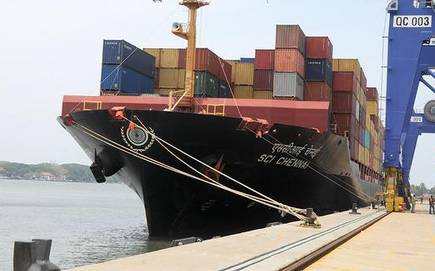 The research paper becomes important, as India is actively engaged with the ten member states of the Association of Southeast Asian Nations (ASEAN) - Brunei, Cambodia, Indonesia, Laos, Malaysia, Myanmar, the Philippines, Singapore, Thailand, Vietnam - and its six FTA partners - China, Japan, India, South Korea, Australia and New Zealand - for a mega regional trade agreement, the Regional Comprehensive Economic Partnership (RCEP), that covers 40 per cent of the global trade and 45 per cent of world’s population. The arguments are meant to generate wider debate on the pros and cons of RCEP and help Commerce Minister Piyush Goyal take an informed decision on India’s participation in RCEP in coming months.

In ’An Untold Story of India’s FTAs: An Alternative Narrative,’ Kher and Das analyses India’s trade with its five major FTA partners in a pre-FTA and post-FTA period and concludes that the growth of trade in 2010-2018 period is more in comparison to the pre-FTA period, that is, 1991-2009. "This greater growth rate in the overall period reflects the role of FTAs in infusing the growth in total trade," they say.

The paper also highlights the growing importance of imports in the changing structure of India’s trade with these FTA partners. While India’s exports to all FTA partners primarily comprise non-raw material goods, its imports are mainly goods like heavy machinery and iron and steel products, which are not finished products but something that add to the production capacity of India. "The percentage share of intermediate goods imported from all of these five FTA partners in the total imports from respective five FTA partners have recorded significant increases," the authors say.

The authors claim that for five major FTAs, marginal revenue loss because of tariff reduction would have helped India avoid or save trade deficit equal to $51.34 billion in the year 2018.

According to the research paper, there is a need for better statistics in trade in services. "Lack of data on direction of services particularly by partner country or by company hampers negotiations on trade in services. There is no global database capturing the ’ultimate’ source or destination of country effectively," the authors say.

One of the recommendations in the paper is to develop a better understanding of how services are traded, measured and regulated in order to establish India as a major services exporter to take fuller benefits of India’s FTAs. The paper calls for a shift in India’s engagements from geo-politics to geo-economics. It wants FTAs to be studied on the basis of reciprocal benefits and employment generation potential rather than from a solely export perspective.

Commerce Minister Piyush Goyal will have to decide whether sectoral industry interests should be given priority over macro-pictures the authors are trying to showcase. If India’s decision to keep Goyal away from the recent RCEP meeting while ensuring bureaucratic representation at the highest level is an indication, the country could opt for a mix of both.