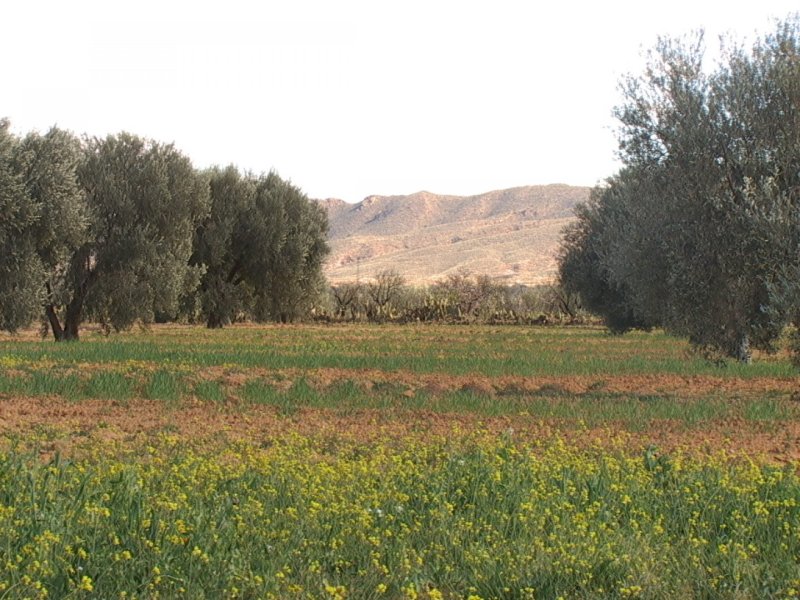 Call against the EU Tunisia DCFTA

Organizations that want to sign the call can write to : no-aleca@riseup.net (First signatories at the end of the article)

The European Union is currently negotiating a Deep and Comprehensive Free Trade Agreement (DCFTA) with Tunisia. The EU wants its companies to get open access to the Tunisian market, and aims at imposing its norms, standards and procedures. Such an agreement would most probably worsen the socio-economic problems faced by Tunisia to benefit only to European corporations, and especially French ones.

As European organisations and movements, we denounce this DCFTA as a violent neo-colonial project. In solidarity with Tunisian organisations that oppose this agreement, we support their struggle against liberal policies imposed upon them by the European Union.

DCFTA: when liberalism and colonialism go hand in hand

The DCFTA is the last stone of a long colonial history between Europe and Tunisia. The land issue epitomises this relationship. After its independence, on the 20th of March 1956, Tunisia was recovering its expropriated agricultural land. However, European settlers still held on vast properties, until president Bourguiba enacted the “agricultural evacuation” law, on the 12th of May 1964, to prevent strangers from owning lands. Afterwards, under the dictatorial rule of Ben Ali, these public lands taken back from settlers were privatised under the IMF pressure, a significant part being allocated to relatives and friends of the regime. Rising against the regime, people aimed at taking back these lands during the revolutionary movement of winter 2010-2011. Nonetheless, they were not able to reverse the dynamics of land concentration, export orientation and agricultural intensification, which grow at the expense of the peasantry, guardian of food sovereignty. And today, the DCFTA would make it possible again for European multinational corporations to exploit Tunisian agricultural land.

Besides, the EU aims at finding new markets for its agricultural surplus. Some sectors of Tunisian agriculture (cereals, livestock farming, some vegetable oils…) will be replaced by European imports. Hence, Tunisia will see its foreign dependence on basic foodstuffs increase while losing food sovereignty. According to UTAP (Tunisian union for agriculture and fishing), up to 250 000 farmers may disappear.

Agriculture is only one of the sectors threatened by liberalism. In 1995, the Association Agreement between EU and Tunisia opened the industrial sectors by eliminating tariffs. After two decades, hundreds of companies disappeared, especially in the textile sector, which is in dire straits. Meanwhile, European companies settled in Tunisia where they benefited from tax heaven like privileges and from cheap labour force. Mass unemployment and poverty are directly linked to such an economic domination. However, far from learning from a decade of social movements and economic hardship, the European Union keeps on imposing the same policies upon Tunisia.

Thanks to the DCFTA, the EU keeps control of Tunisia by exporting its economic model. Competition rules are to be copied from the European model, in the pursuit of « pure and perfect » competition. Subsidies are gradually being phased out, commodity prices can no longer be set by the State and public aid is being granted according to European criteria, with direct control by the European Commission for five years. In addition, ALECA forces Tunisia to adopt European standards: an Algerian or Chinese product that does not comply with them could not enter Tunisia. The aim is therefore to create a Tunisian market exclusively reserved for European products.

The DCFTA also contains an arbitration clause that allows multinationals to sue states before a special court, placed above national courts. These multinationals could cancel measures of common interest (social protection, health, environment…), in Europe as well as in Tunisia. This provision has already cost hundreds of millions of dollars to states that have tried to regulate the economy to protect the public interest. The arbitration system places the profits of multinationals above fundamental rights. It has been denounced by European mobilisations against TAFTA and CETA and must disappear. It would be unbearable to impose it on Tunisia.

The DCFTA also contains an arbitration clause that allows multinationals to sue states before a special court, placed above national courts. These multinationals could cancel measures of common interest (social protection, health, environment…), in Europe as well as in Tunisia. This provision has already cost hundreds of millions of dollars to states that have tried to regulate the economy to protect the public interest. The arbitration system places the profits of multinationals above fundamental rights. It has been denounced by European mobilisations against TAFTA and CETA and must disappear. It would be unbearable to impose it on Tunisia.

A dead end for Tunisia’s problems

The productivist requirements of export will put more pressure on Tunisian natural resources, particularly water, while Tunisia is already under water stress.The situation is worsening because of climate change, largely triggered by polluting industry or intensive agriculture models, promoted and applied for decades by Europe. DCFTA therefore goes against current challenges and risks worsening a critical ecological situation.

In the meantime, the EU is pursuing its border control policy. Originally, ALECA did not plan to facilitate the mobility of Tunisian workers. The European labour market uses low-skilled immigrant labour, such as the hundreds of thousands of undocumented migrants, in cleaning or catering. However, to ensure the support of the Tunisian government, Europe is promising the creation of a new visa with simplified conditions for privileged categories of people. Indeed, the liberal and colonial logic allows a handful of business people and executives to travel and give a good picture of the « historical links » between Europe and Tunisia, while the majority of the population faces visa denials or the perilous experience of illegal border crossings. Following this liberal and repressive control of migration, Tunisia is kept at the bottom of the international division of labour.

Like all free trade agreements, the DCFTA is synonymous with exploitation for all populations, and an economic and neo-colonial exploitation for the Tunisian population. The economic benefits will only concern a few large companies and the agreement could aggravate the unemployment and inequality issues in Tunisia.

The DCFTA process is already underway. Liberal reforms are already being imposed by the debt plans of the IMF and the European Union: laws are being passed, such as the independence of the Tunisian Central Bank, an investment code favourable to multinationals, lower subsidies, the law on sanitary and phytosanitary standards, etc.

It is therefore essential to mobilize against DCFTA insofar as it is an extension of European and French neo-colonial policies. In addition, the same project is intended to be proposed to all Mediterranean countries: Morocco, the first country with which the EU started negotiations, interrupted them in 2014 under pressure from Moroccan civil society, while an impact study is being conducted; the EU is also in the discussion phase prior to negotiations with Jordan and Egypt. To block the DCFTA means counteracting against Europe’s free trade and imperialist project throughout the region.