CALL TO ACTION! Let’s put a stop to the WTO’s agenda and to Free Trade Agreements and investment provisions!

by the ‘Argentina Better Without an FTA’ assembly, January 2017 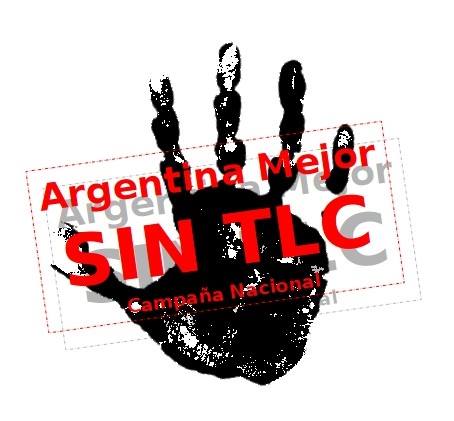 In recent years, commercial liberalization on a global scale has been growing non-stop. We have seen the proliferation of bilateral or regional Free Trade Agreements (FTAs), particularly following the relative decline in multilateralism as exemplified by the World Trade Organization (WTO). The impacts on the global population are notorious: economies focused on exporting have caused a rupture at a local level in the chains of production and consumption, generating unemployment and poverty, and condemning millions to hunger and desperation. The environmental impact of these policies have also been disastrous, despoiling territories as corporate requirements demand.

This legacy makes clear that the FTAs are not a mere exchange of goods treaties, nor is the objective the access to markets per se. Today, the major mega-regional FTAs promoted by the USA as well as the EU and China (TPP, TTIP, CETA, TISA, and RCEP) point to greater rights and privileges for large transnational corporations with the objective of opening up and privatizing all those economic sectors still being regulated. Also growing is the protection proffered to foreign investors, guaranteeing their ability to sue States in international arbitration tribunals for whatever policies that they consider may affect their expected profits. What this demonstrates is that ‘free trade’ is nothing more than a facade behind which corporate interests hide, in their continual push for greater profits at the cost of the social, labour, and environmental rights of our peoples.

Public questioning of the free trade system has multiplied in recent decades and is continuing to grow. A milestone in this growing disrepute was the massive mobilization of the social organizations that in 1999 were able to demonstrate the negative impacts of the commercial liberalization process under the umbrella of the WTO, in the city of Seattle, USA. But this disrepute is not only evidenced from a social sector vantage point. Currently, many governments also question whether commercial liberalization in fact delivers well-being to their populations. Today it is clear that the corporate friendly ‘opening up to privatization’ agenda does not have the same level of support among the dominant sectors and politicians that it once had in the nineties.

How will this new Ministerial affect Latin America?

Following the failure of the FTAA in 2005, several Latin American countries put forward alternative proposals to free trade in the region by elaborating new types of projects in a move towards regional integration in our continent built around the concept of live well (buen vivir). Projects such as the ALBA-TCP (the Bolivarian Alliance for the Peoples of Our America - Peoples Trade Treaty) and also the New Regional Financial Architecture fomented the building of relations based on complementarity and solidarity among our peoples, in opposition to all-out competition as is the case under the strictures of free trade. However, the recent advance of the right wing agenda has begun a dismantling of these alternative objectives. In fact, the countries that massively signed on to FTAs such as Mexico, Chile, Peru and Colombia (that grouped together under the Alliance of the Pacific to counter the anti-hegemonic blocs of nations) are held up as the examples of what should be done: attract foreign investment while providing legal safety for their capital, at whatever cost, and turn their economies over to the vicissitudes of the export markets.

It is in this context that the next WTO Ministerial Meeting is to be held in Buenos Aires, Argentina, between the 11th and 14th of December, 2017. It will be the first time that this organism holds its meeting in South America, and this is not by chance. The advance of the right-wing forces in the continent is predicated on stoping any alternative integration plans, and instead seeks to reinstall the idea that free trade is the only possible option for our populations.

Twenty years of FTAs in the region have demonstrated the deadly effects of deregulation and the privileging of corporate rights over those of our peoples and the environment. Liberalization has taken away our ability to decide on public services such as water or energy, and it has led to the privatization of education and health, converting the economy into a subject handled by technicians and bureaucrats in the service of big capital. Facing this reality, it is time to put into practice economic and political alternatives that will serve to regulate corporate power, give priority to human rights and guarantee being in harmony with the environment. For these reasons we reject the agenda of ‘free’ trade and the cover being provided for investments in all their forms, be they via bilateral agreements or by means of a multilateral ambit such as the WTO.

Faced with this new free trade and investment offensive, it is critical to re-articulate the agendas and campaigns of the social movements in the region and at a global level. It is necessary to once again link up our struggles and to mobilize against ‘free’ trade and investment protection. For this reason the Argentina Better Without an FTA - Assembly and all its allied organizations are issuing a call-out to social, political, labour, environmental, women and youth organizations, which is also open to all the peoples of the world, to mobilize and travel to Buenos Aires for the 11th to the 14th of December, 2017. It is critical for organizations from all parts of the globe to analyze the current situation of advancing liberalization and to once again think about and discuss alternatives to rapacious capitalism despoiling our peoples and the environment. Together, we can defeat noeliberalism and build that other world that we know is possible.

The struggle is global!

Down with free trade in all of its forms!

The ‘Argentina Better Without an FTA’ - Assembly

Communicate your intentions to: argentinamejorsintlc@gmail.com