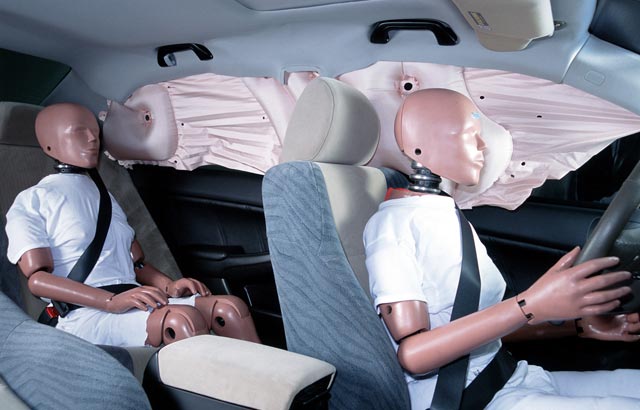 The motor industry has been accused of withholding a report that reveals US cars are substantially less safe than European vehicles - for fear that the findings would hamper the drive to harmonise safety standards as part of the controversial Transatlantic Trade and Investment Partnership (TTIP) deal.

The major study was commissioned by the car industry to show that existing EU and US safety standards were broadly similar.

But the research actually established that American models are much less safe when it comes to front-side collisions, a common cause of accidents that often result in serious injuries.

The findings were never submitted – or publicly announced – by the industry bodies that funded the study.

Safety campaigners have said the research showed that trade negotiators would potentially be putting lives in danger by allowing vehicles approved in the US to be sold in Europe and vice-versa.

The news casts a further shadow over a global industry already in the spotlight following this week’s Volkswagen emissions scandal.

The Washington-based Alliance of Automobile Manufacturers (AAM) sponsored the research, announced in a joint press release last year alongside the European car lobby ACEA and the American Automotive Policy Council.

The auto giants represent the industry’s biggest names from Chrysler and Toyota to Jaguar Land Rover and Volkswagen.

Independent experts from the University of Michigan Transportation Research Institute and the SAFER transportation research centre at Chalmers University of Technology in Gothenburg, Sweden, carried out the study. They are two of the leading traffic safety research centres in the world. Experts in France and at the UK’s Transport Research Laboratory were also involved.

“ACEA remains confident that regulatory convergence can be achieved in TTIP while maintaining the current high level of safety performance in both the EU and the US,” the spokesperson said.

The investigation was announced to great fanfare last year: Robert Strassburger, AAM Vice President for vehicle safety, said it might be the most ambitious and complicated research effort the trade group has commissioned in the field of auto safety.

The industry wanted to use the findings to help TTIP negotiations aimed at harmonising vehicle safety standards on both sides of the Atlantic. under current rules cars sold globally, such as the Ford Focus or Volkswagen Golf, must still be re-engineered multiple times - at considerable expense to manufacturers - to satisfy crash-test standards around the world.

The lobby groups pre-empted the results saying “our standards may differ in some modest ways, but the ones that we’re looking at harmonizing are essentially equivalent”.

The report’s findings, however, pointed to substantial differences in performance. Of particular concern to safety groups is the finding that passengers in a typical EU model are 33 per cent safer in front-side collisions, an accident that often results in serious injury, than those in a typical US model.

However none of the car lobby giants published a response to the findings, which have now been quietly posted on the University of Michigan’s website.

Co-author András Bálint, Traffic Safety Analyst at Chalmers, told the Independent: “The results of our study indicate that there is currently a risk difference with respect to the risk of injury given a crash between EU specification cars and US models.

“Therefore, based on these results, immediate recognition of US vehicles in the EU could potentially result in a greater number of fatalities or serious injuries in road traffic. The potential impact is difficult to quantify because it depends on a number of other parameters.”

The European Transport Safety Council (ETSC), the independent organisation that advises the European Commission and the European Parliament on road safety, said the research was an important warning that vehicle safety standards cannot be included in TTIP at this stage. It called for a halt to proceedings so further analysis could be carried out.

The council’s executive director Antonio Avenoso said: “This study shows that EU and US trade negotiators would potentially be putting lives in danger by allowing vehicles approved in the US to be sold today in Europe and vice-versa. What’s needed is an open and transparent process for getting both sides up to the highest level of safety across all vehicles. Clearly without much more research and analysis, including vehicle safety standards in the TTIP agreement would be irresponsible.”

The next formal round of TTIP negotiations begin next month, with the proposed free trade deal set to become the biggest such deal ever made.

The motor vehicle sector will probably the biggest beneficiary: harmonisation of auto regulations across the Atlantic could bring over €18 billion per year for the European Union and the United States economies, a study by the US think-tank Petersen Institute of International Economics revealed this year.

Last night a spokesman for the US Alliance of Automobile Manufacturers, which led the way in commissioning the study, said: “There is much credit to be given for the historic efforts made in this study, and we fully support the methodology for comparing and analyzing U.S. and EU crash environments and vehicle performance. Read more

When initiating this study, it was understood that harmonizing and reconciling the differences in the current U.S. and E.U. crash datasets would be challenging. Significant progress has been made but the results reveal areas where further analysis is needed. We look forward to working with [academics] and both governments to identify enhancements.”

A spokesperson for ACEA, its European equivalent, said: “[our] examination of the study results has revealed areas where additional research is needed before accepting results with data constraints in isolation.”

The lobby group called for additional efforts to harmonise the US and EU accident databases to improve the reliability of the study. “ACEA remains confident that regulatory convergence can be achieved in TTIP while maintaining the current high level of safety performance in both the EU and the US,” the spokesperson said.