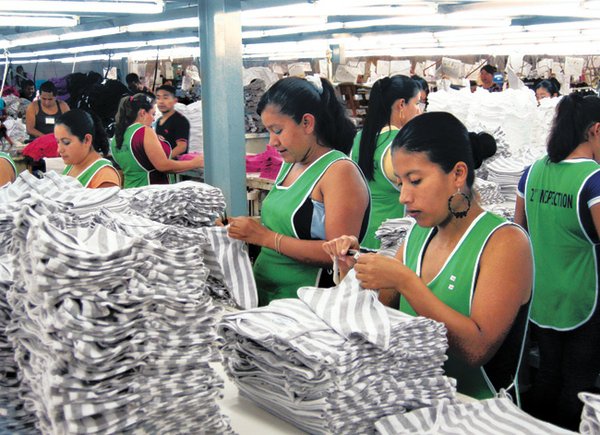 Central America is increasingly nervous about Vietnam’s participation in the Trans-Pacific Partnership (TPP) trade talks, with some experts claiming its inclusion could bring losses of around $6bn to its bread-winning textiles and apparel sector.

An early entrant to the highly controversial, 12-country free trade accord, Vietnam wants flexible rules of origin and zero trade duties as soon as it is signed.

But Central American and US textile executives claim that would be a disaster, robbing the five Central American countries and the Dominican Republic - which make up the DR-CAFTA free-trade zone with the US - of 25% of their exports during the TPP’s first year.

In 2013, DR-CAFTA countries exported $7.8bn worth of apparel to the US, according to Luis Estrada, general manager of Guatemala’s top textile and apparel association Vestex. Based on that figure, if Vietnam enters the TPP under its request for a non-yarn forward rule, export losses could total $1.95bn a year or nearly $6bn in the first three years of the TPP, he noted.

"The losses could be huge," Estrada said. "We are working very hard so that Vietnam enters the TPP under fair and equal terms."

DR-CAFTA members have teamed with US textile lobbies, notably the National Council of Textile Organizations (NCTO), to ask US Congress to pressure Vietnam to accept a yarn-forward rule of origin forcing it to limit sourcing from the TPP bloc. The partners are also asking that zero tariff benefits would also be granted over a number of years.

Vietnam should also follow the same short-supply rules as CAFTA-DR members to procure scarce inputs to make clothing, Vestex’s president Severino Matta, added. He said Central American countries must adhere to very strict short-supply lists demanding great detail about the scarce raw material required, whereas Vietnam wants to be able to use a much larger and broader list.

Some US executives expressed optimism that the US, which is leading TPP negotiations in hopes of signing a deal this year, can negotiate a win-win pact for all the parties involved.

The TTP is currently being discussed by 12 countries including the US, Australia, Brunei, Canada, Chile, Japan, Malaysia, Mexico, New Zealand, Peru, Singapore and Vietnam - the last of which is the second-largest apparel supplier to the US after China.

For textiles specifically, the US says it is seeking the elimination of tariffs on textile and apparel exports to the 11 TPP countries, as well as a yarn-forward rule of origin which would require products to be made using only US or other TPP country yarns and fabrics in order to qualify for TPP benefits.

It is also trying to secure a short supply list of fabrics, yarns and fibres not commercially available in TPP countries, which would be exempt from this requirement.

But campaigners representing US brands, retailers and importers want the freedom to source inputs from the best suppliers, regardless of whether textiles from the US or partner countries are used.