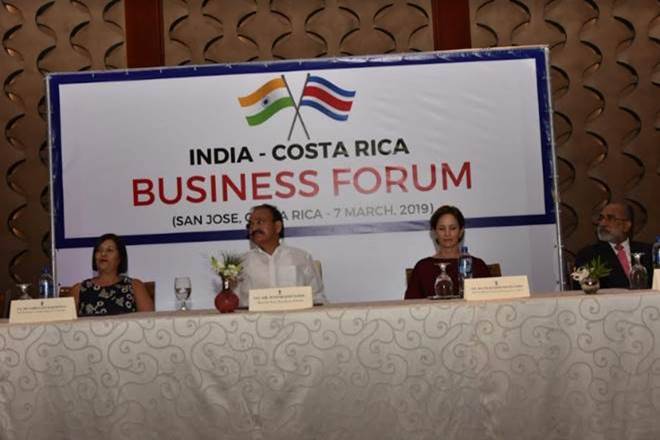 According to the envoy, the potential to have a PTA with India was recognised in 2013 when the two countries had inked a Memorandum of Understanding on Economic Cooperation.

Recognising the huge potential and opportunities in trade and investments, Central American nation Costa Rica seeks Preferential Trade Agreement with India. In an exclusive interaction with the Financial Express Online, ambassador of Costa Rica to India Claudio Ansorena Montero said that “Costa Rica can be a gateway to the region for many critical sectors including Pharmaceutical and Electric products. Also, we are seeking greater cooperation with Indian companies in medical devices, biotechnology, artificial intelligence, bio medicine, Nano-technology as well as Space Cooperation.”

According to the envoy, the potential to have a PTA with India was recognised in 2013 when the two countries had inked a Memorandum of Understanding on Economic Cooperation. “There were negotiations which led to the MoU which has yet to be enforced and can form the framework to formally launch specific efforts to enhance our commercial and investment relationship.”

Making a case for initiating PTA discussions between the two countries, he observed that “Indian companies are leaders in technology and innovation, and it is of Costa Rica’s outmost interest to learn about India’s vision and expectations of the evolution of the global outsourcing market and the niches in which the country can become a key partner in India’s global strategy.”

What incentives will the government of that country offer?

“Incentives like tax-free investment regimen is offered to those companies that help in generating foreign incomes and employ local labour force by taking advantage of the Central American Free Trade Agreement (CAFTA) with the US, ” said the envoy.

Also, according to him, the geographic situation is an ideal hub for companies that want to expand to Latin America. Currently, local operations of major players such as Infosys, WNS, Wipro, L&T Infotech and CSS, among others, are already present. And this has resulted in great employment opportunities for the local citizens. The Central American nation can also be seen by the Indian companies as a gateway to the northern markets: Mexico, the US and Canada.

To further expand the trade and investment flow between the two countries for the development of the people, the envoy said that a PTA is the way forward.