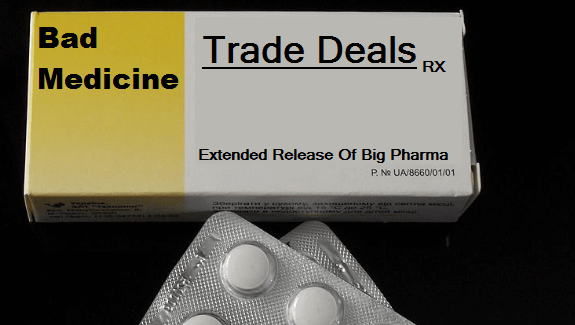 Among other changes, Bill C-30 introduces significant amendments to the existing regulatory scheme by which generic drugs are granted market authorization and new provisions for extending the term of certain pharmaceutical patents. The following provides a brief overview of the upcoming changes for pharmaceutical patents.

In Canada, patent protection and regulatory approval for pharmaceuticals are linked by the Patented Medicines (Notice of Compliance) Regulations. Under the current PMNOC Regulations, generic drug manufacturers must first address a list of patent(s) that cover the pharmaceutical before receiving a regulatory authorization from Health Canada. Using a summary proceeding, the holders of these patents (known as “innovators”) can apply to the Federal Court for an order to prevent the generic from obtaining this regulatory authorization (known as a Notice of Compliance) if doing so would result in the infringement of a listed patent(s).

Innovators and generics have not been content with the current scheme. Whereas a generic manufacturer can appeal if it is unsuccessful at first instance, the innovator cannot. Instead, an innovator that is unsuccessful under the PMNOC Regulations must initiate a second, more formal proceeding for patent infringement. Innovators have long decried this as unfair.

Decisions issued under the PMNOC regulations are also not considered to be a final ruling on the infringement and validity of the patent. Even if the generic is granted an NOC, the innovator is not prevented from starting a formal action for patent infringement. Generics have long decried such dual litigation as abusive.

The amendments introduced by Bill C-30 would provide a right of appeal to unsuccessful innovators. The summary accompanying Bill C-30 also indicates that revised PMNOC Regulations will be created “with full actions that will result in final determinations of patent infringement and validity,” foreshadowing an end to the existing system of dual litigation.

Additional reforms to the PMNOC Regulations are suggested in Bill C-30, including consolidating proceedings between different generic manufacturers that involve the same pharmaceutical and patent. Further details will be revealed after Bill C-30 becomes law and revised PMNOC regulations are published for comment.

Bill C-30 introduces a form of patent term extension for pharmaceutical patents, called a Certificate of Supplemental Protection. A CSP is a separate right that provides up to two years of additional protection after expiry of a patent, but it will only take effect if the patent reaches its full 20-year term without being declared invalid or otherwise being revoked. The purpose of a CSP is to compensate the patentee for administrative delays in obtaining an NOC, and such delays form the basis for calculating the CSP term.

To be eligible for a CSP, the patent must “pertain in the prescribed manner” to the medicinal ingredient. Details are not provided, but they are expected to be similar to the listing criteria under the PMNOC Regulations. A CSP can also only be issued in connection with the first NOC for a particular medicinal ingredient. This is similar to existing criteria for data protection. A CSP can be challenged on several grounds, including failure to meet the numerous eligibility criteria.

Only one CSP can be issued per NOC, which is particularly important where multiple patent holders are eligible for a CSP. Close co-operation and careful planning may be required to ensure that a CSP issues for the best available patent and the longest possible CSP term. Otherwise, a sub-optimal or ineffectual CSP may issue to the exclusion of other possible patents.

The rights afforded to a CSP holder are similar to a patent right, but they are enforceable only against one particular medicinal ingredient and cannot be used to block exports of drugs from Canada. Subject to the bill’s implementing regulations, a CSP can also form the basis for proceedings under the PMNOC Regulations, in the same manner as a patent, thereby providing up to two additional years of protection against generic competition.

Bill C-30 is required for implementing CETA. Implementation is expected this year.

Andrew Montague and Kenneth Ma are associates at Ridout & Maybee LLP in the firm’s Ottawa office.