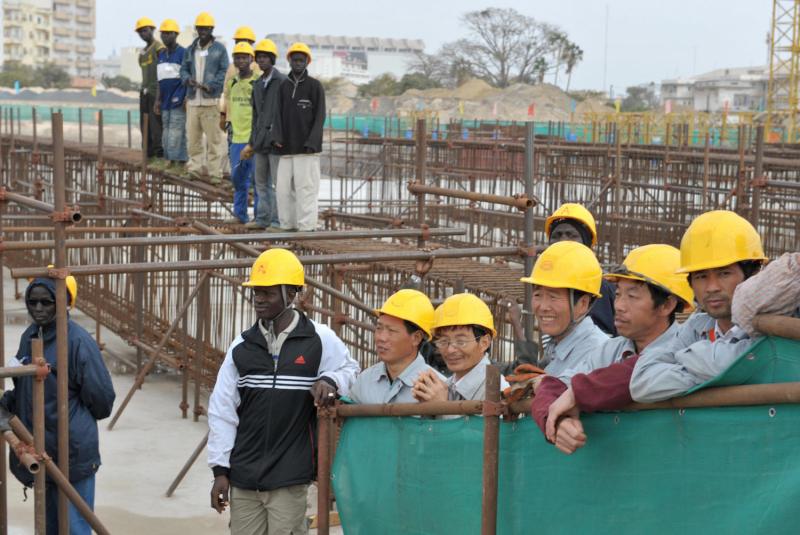 China has called on more African countries to join the Belt and Road Initiative (BRI), dubbed ‘project of the century,’ during the dialogue that was held on May 30, 2019 in Addis Ababa. The head of Chinese Mission to the African Union (AU), Ambassador Liu Yuxi, called on all parties to pool wisdom and strengths to join the cooperation under the BRI.

The Belt and Road Dialogue for China-Africa focuses on Africa’s connectivity, digital economy, energy and industrial development, and aims to provide a platform for China and Africa to jointly address the challenges facing the development of infrastructure, human and financial resources and for Chinese and African businesses to explore cooperation opportunities. Noting the entering into force of the Agreement Establishing the African Continental Free Trade Agreement (AfCFTA) as an opportunity, China is planning to capitalize on AfCFTA to connect African and Chinese markets to promote the free movement of goods, persons, capital and technologies, quicken the pace of “soft connectivity” of policies, regulations and standards, and take concrete measures to coordinated development in the interests of safeguarding the momentum of economic globalization and free trade facilitation.

During the dialogue, representatives from African countries, external partners, international organizations, African think tanks and Chinese businesses have participated and high officials including former Prime Minister of Ethiopia, Hailemariam Dessalegn, former Kenyan Prime Minister, Raila Odinga, former Minister of Foreign Affairs, Seyoum Mesfin were among the panelists. Seyoum referred to the Initiative as a global phenomenon in which China presented the world with an idea and a plan of massive scale and proportions. He noted that the colonial escapade left the African continent with meager infrastructure, developed largely to facilitate the desire to appropriate resources and ascertain extended rule.

The BRI launched in 2013 capturing the imagination and interest of the world community and its financial investment amounts to USD 900. China has played a vital role in building infrastructures and constructing new networks in Africa. The continent has benefited a lot from the series of road and rail networks, telecom and electricity lines and import-export trade. Some perceive China as a new colonial power in Africa referring to the ‘debt trap’ in which many African countries are struggling not to lose their big infrastructures. But Seyoum argued that the ‘debt trap’ is blown far out of proportion. He concertized his argument by referring to the debt figures. “Out of Africa’s debt, China’s share amounts to only twenty percent of the total owed to foreign creditors. Eighty percent of what Africa owes is to the West, and mainly to private lenders,” he noted. Even though he acknowledged the genuine concern, he said most of China’s loans are flexible and concessional, which could be adjusted on the basis of bilateral arrangements.

Odinga on his part said that the annual infrastructure gap stands at around USD 170 billion. He further noted very few of African governments have sufficient finances to fund infrastructure investment by themselves but majority of African nations are forced to rely on either loans from wealthy countries or on private companies willing to take the risk. He hoped the implementation of the continental free trade agreement can increase African states attractiveness to private infrastructure investors.