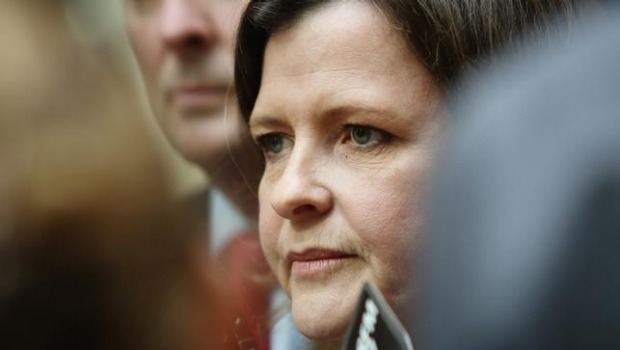 Union president Ged Kearney accused Mr Robb of misleading the public about the effect the China-Australia Free Trade Agreement will have on the Australian workforce and local jobs.

Unions will rally outside the national Labor Party conference on Friday urging it to take a tough stand against the China-Australia Free Trade Agreement.

The ACTU has also written to Federal Trade Minister Andrew Robb asking him to change the agreement if it fails to reflect his earlier assurance that it would protect Australian jobs.

Union president Ged Kearney accused Mr Robb of misleading the public about the effect the China-Australia Free Trade Agreement will have on the Australian workforce and local jobs.

"I have written to Mr Robb and asked that he set the record straight," Ms Kearney said.

"When negotiating free trade agreements, the government must have its citizens’ interests at heart, not just those of major corporations. Free trade agreements must support local jobs and industry and all indications are the deal with China does not.

"Unions will be putting pressure on both major parties with action planned at the ALP national conference and with continue campaigning for the Abbott government to protect jobs and tackle unemployment."

The trade agreement is expected to be among key issues to be raised at the Labor Party national conference.

Unions will rally outside the national ALP conference to be held in Melbourne on Friday and will make a submission to the Joint Standing Committee on Treaties, which is looking at China-Australia Free Trade Agreement.

​"We call on Labor to use Parliamentary processes and all means possible to ensure unfair provisions are removed from CHAFTA and that all future trade agreements are fair, transparent and consultative," Ms Kearney said.

In her letter to Mr Robb, Ms Kearney seeks urgent clarification of contradictions between his previous media statements, the actual text of the agreement and the memorandum of understanding.

"Should the text of the agreement not reflect the statement in your media release, we urge you to take immediate steps to amend the agreement to ensure that it does," she said.

Ms Kearney pointed out that Mr Robb’s media release stated that: "Under CHAFTA, a Chinese company investing more than $150 million in specific types of Australian infrastructure projects must use Australian workers, unless it can prove there are no qualified Australians to do the job".

"This would be a very welcome statement provided it was true, however there is nothing in the text of CHAFTA that you negotiated, or in the relevant MoU that provides a guarantee that Australian workers will be given first access to those jobs," Ms Kearney said.

Ms Kearney said there appeared to be no provision for labour market testing in the agreement and it was not required under the MoU.

She said Australian companies would be able to hire Chinese workers in all 651 eligible occupations under the 457 visa program without any requirement for labour market testing to ensure no qualified Australians were available for the jobs.