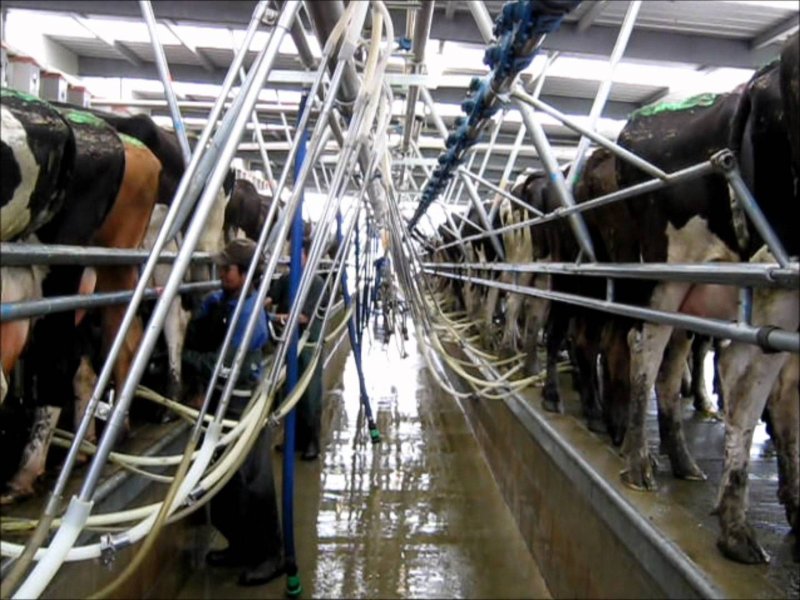 Tariff elimination on dairy into China is one issue New Zealand will be looking to progress in the Free Trade Agreement update with China, with negotiations starting in less than two weeks. “A handful of sectors are yet to have tariffs eliminated; dairy is one of them,” NZ’s lead negotiator Brad Burgess told Dairy News.

“They are being phased out under the safeguards. That safeguard issue has been mentioned by the sector as a non-trade barrier they are facing into China so it is certainly an issue we will be looking to... progress.

“The safeguards on dairy expire under the current FTA; they expire in 2022 and 2024, so from 2025 all dairy products into China will be tariff-free.

“The question will be ‘is there anything we can do to improve that situation before then?, but the FTA already allows duty free access for dairy in a number of years.”

Dairy issues may also arise as part of a broader conversation in the context of agricultural cooperation and access for service exporters such as agritech.

“We have a number of initiatives bilaterally with China already, including an agricultural growth partnership; but we will look at what further cooperation might be appropriate in terms of the FTA upgrade.”

The existing FTA with China came into force in 2008. That has been successful: two way trade with China has almost tripled since then and China is now our largest goods export market.

The Ministry for Foreign Affairs and Trade sees plenty of scope to upgrade the agreement including to grow two-way trade for all products to $30b by 2020 from $23b to June 2016.

That was set when former Prime Minister John Key and President Xi Jinping agreed to explore upgrading the FTA.

The negotiators have two broad objectives: first, reducing the barriers NZers still face in doing business in China — either those we weren’t able to address in the original FTA or new issues that have emerged since.

The focus is on the barriers themselves, and on improving existing processes with China to address issues in the future.

The second objective is to modernise the agreement to ensure it remains relevant by updating it to reflect developments in regulations since 2008 and developments in trade policies since 2008; and also to encompass new issues like digital trade.

In 2014, Key and Xi agreed to explore the scope to upgrade the agreement. Two years were spent exploring that and agreeing on what the scope of those negotiations should be.

“We saw public submissions as part of that and got a lot of submissions about some of those barriers to trade that are among our objectives in upgrading the agreement.”

In November 2016 they reached agreement to launch negotiations.

A top Chinese leader, Premier Li, has indicated that the upgrade was part of China’s leadership in trade globally. Negotiations were launched in April.

Burgess said last week the second round will take place in China in two weeks and they will start talking priorities. The scoping document includes — but is not limited to — nine areas they have agreed to cover which includes technical barriers to trade and agricultural cooperation.

Sanitary and phyto-sanitary measures are outside the scope of negotiations as regulators are working on these and already have a five year implementation plan.

The Ministry for Foreign Affairs and Trade now wants to hear from the public, business, NGOs and any interested NZers on what their priorities should be. They have identified three broad areas: goods and non tariff barriers or regulatory issues affecting the goods at the border, better access for NZ service exporters, and how they can advance digital trade.

Public submissions have been invited and are still welcomed, in individual and group meetings; they are going out to all known services and exporters going into the China market and are happy to meet one-on-one. They will upgrade their website after each round.

MFAT is keen to get feedback from businesses and exporters, including red tape issues in China.