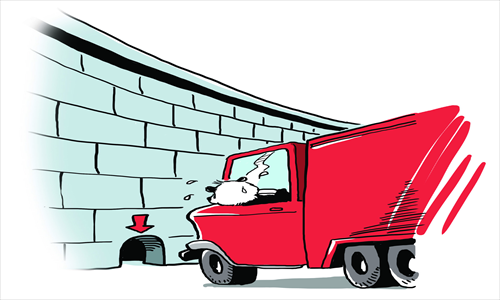 The topic of a US-EU FTA, officially named the "Transatlantic Trade and Investment Partnership," has been discussed for over 10 years, but it suddenly topped the agenda recently, with the substantive negotiations starting this summer.

This major FTA, although faces many hurdles, will have great influence on global trade. China needs to be prepared early.

Both the US and EU are strongly in favor of free trade. As early as 1997, US scholar Clyde Prestowitz proposed the idea of a US-EU FTA. The global financial crisis in 2008 accelerated the move in this direction.

The US has set the goal of manufacturing revival, and is energetically promoting its goods and services export.

The US is pushing FTAs in various directions, aiming at removing all barriers, including seeking congressional approval of FTAs with Columbia, Panama and South Korea, promotion of the Trans-Pacific Partnership in Asia, "modernization" of North American Free Trade Agreement (NAFTA), and now launching of the US-EU FTA negotiations.

Compared with the US, the EU, entangled in a serious debt crisis and economic recession, shares the same goal, although at a slightly slower pace.

The EU, for its part, has rich experience in regional market and economic integration. As a result, there is nothing strange in the two cooperating against external pressures.

The FTA negotiations that are being ambitiously promoted by the US and EU will inevitably promote global trade liberalization. This will bring a new driving force for China to enter further into globalization as well as more challenges.

There has already been close cooperation between the US and the EU, and the lowering of trade and investment barriers will tend to increase merchandise and capital flows between the two, which will bring side effects to external players such as China.

In addition, both the US and EU have been seeking to build new trade rules through regional trade arrangements. Although China has entered into the inner circle of world trade, it has limited power in setting rules, and the new conditions related to environment, labor and so on will pose further challenges.

The US-EU FTA talks will most likely be protracted, due to differences in trade regimes and many technical hurdles. Nonetheless, China cannot just look on, but needs to make early preparations.

China should actively promote FTA negotiations according to its own agenda.

Currently, China’s trade volume with its Asian partners is more than that with the US and EU combined. China’s primary trade arrangement should be done with its neighbors.

China needs to actively promote the FTA with Japan and South Korea, and the Regional Comprehensive Economic Partnership with ASEAN countries.

In this way, China could not only benefit from more market access, but also gain leverage for ultimate multilateral trade negotiations with the US and EU in the future.

China should also seize the chance to encourage more Chinese firms to invest in the US and the EU.

In recent years, trade protectionism has been on the rise in the US and the EU, but Chinese enterprises like Haier and Wanxiang, which ensured an early footprint there are not afraid of such barriers.

If more direct investments in the US and EU from Chinese companies can take place in the next few years, China will be better adapted to the changes in trade environment brought about by a US-EU FTA.

Finally, although the US and EU lowering mutual trade barriers will have a side effect on Chinese exports, the dominant factor is the core competitiveness of Chinese products.

When NAFTA was launched two decades ago, many Chinese experts feared that it would bring severe woes to China’s exports.

But in fact, the growth rate of China’s exports to the US still exceeds that of Mexico’s. In the process of EU integration, China has surpassed France as the largest trading partner of Germany.

These examples show that China could still have certain advantages even after the establishment of a US-EU FTA. However, the question is: how to maintain and create new competitive advantages?

This will be a major challenge China has to face in the years to come.

The author is co-director of the China-US-EU Study Center under the China Association of International Trade. opinion@globaltimes.com.cn