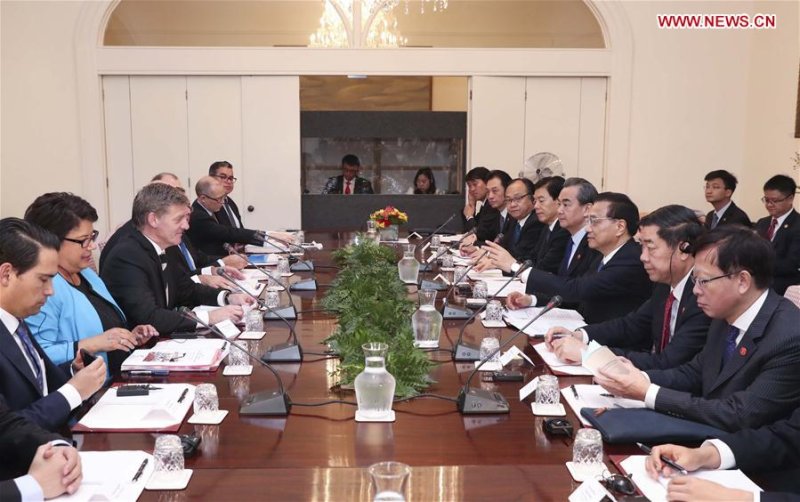 Li made the remarks when meeting with New Zealand’s Prime Minister Jacinda Ardern on the sidelines of the East Asia leaders’ meetings in the Philippine capital of Manila.

China-New Zealand relations have maintained positive momentum in development since the establishment of diplomatic ties 45 years ago, Li said.

New Zealand has always been in forward ranks of developed countries in developing relations with China, he added.

New Zealand was among the first countries to acknowledge China’s full market economy status as well as the first developed country that concluded a bilateral FTA with China.

China is willing to work with New Zealand to further take advantage of their complementarity and press forward with negotiations on upgrading bilateral free trade pact, the Chinese premier said.

The existing China-New Zealand FTA was signed in 2008.

For her part, Ardern said New Zealand-China relations are of great significance, and the two nations have always respected each other and enjoyed mutually beneficial cooperation.

Both countries are committed to promoting social development and people’s well-being, she noted.

Stressing that New Zealand adheres to the one-China policy, Ardern said her country is willing to cooperate more closely with China and advance their talks on the FTA upgrade.

Li arrived in the Philippines on Sunday for an official visit to the country and a series of leaders’ meetings on East Asian cooperation.