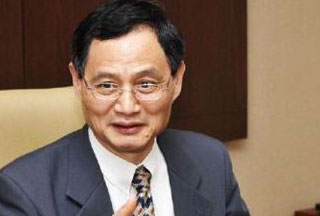 By James Lamont in New Delhi and Kathrin Hille in Beijing

China has offered to accelerate talks with India aimed at negotiating a bilateral trade agreement in a bid to balance a burgeoning commercial relationship between two of Asia’s largest economies that is now heavily skewed in Beijing’s favour.

Chinese officials expect trade between the two to rise to $60bn (€44.5bn, £39.4bn) this year, as the two fast-growing economies recover from the global crisis. Yet Indian officials describe a trade deficit that last year was about $16bn in Beijing’s favour as "politically unsustainable", and identify it as a point of friction in a relationship key to Asia’s stability.

Zhang Yan, Beijing’s ambassador to New Delhi, said that China was preparing for a bilateral trade deal with India "similar to a free trade agreement".

He said steps were needed to "improve the trade configuration" and remedy the trade imbalance across the Himalayas.

Trade between the two countries has been growing at more than 30 per cent a year in recent years. However, about 70 per cent of India’s exports to China are raw materials that then come back as higher value finished goods that undercut India’s small and medium-sized businesses.

India has appealed for China to open up its market to Indian goods and companies, complaining that they face considerable non-tariff barriers and seldom win state contracts. New Delhi wants Beijing to end restrictions on Indian exports of information technology, Bollywood films and fresh food. It also wants greater opportunities in sectors such as pharmaceuticals and energy.

Vishnu Prakash, a senior government spokesman on foreign affairs, confirmed talks over a bilateral agreement were under way.

India has bilateral trade agreements with South Korea and the Association of South East Asian Nations (Asean). It is also locked in negotiations with the European Union. China has signed bilateral agreements with Asean, Pakistan, Chile, New Zealand, Singapore and Peru.

The offer to accelerate efforts to liberalise trade between India and its largest trading partner in goods comes on the eve of a visit by S. M. Krishna, India’s foreign minister, to Beijing.

Shivshankar Menon, India’s national security adviser, said both countries should seize the opportunities for co-operation that the transformation of their local economies were presenting, while carefully managing a border dispute in Arunachal Pradesh, a state in India’s north-east.