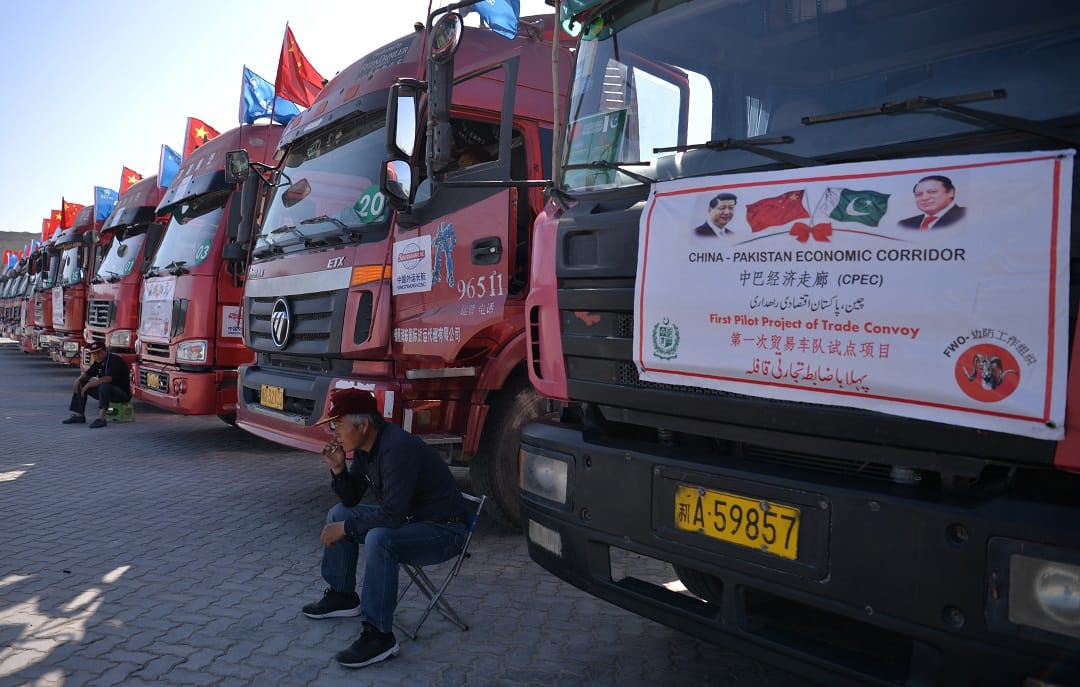 China and Pakistan are reportedly inching towards a deal on Balance of Payment (BoP) support with commercial loans and the second phase of Free Trade Agreement (FTA) expected to be finalised prior to the second visit of Prime Minister Imran Khan in April, 2019, well-informed sources in Finance Ministry told Business Recorder. Pakistani ambassador to Beijing had a meeting with Chinese Vice Minister Kong to discuss follow-up of Prime Minister’s visit to China in November last year.

"The ambassador has expressed appreciation on the forward movement on BoP support and market access issues as agreed during the Prime Minister’s visit China," the sources added.

On the issue of BoP support, Secretary Finance recently wrote a letter to the Chinese ambassador, seeking exemption from Sinosure clause. Pakistani ambassador to China also requested that Sinosure clause be waived on loans to be availed by Pakistan for BoP support. The amount of BoP support has now been increased to $2.5 billion from earlier estimates of $ 2 billion.

A team of State Bank of Pakistan (SBP) has also visited China to finalise modalities of commercial loans but some issues are still unresolved including insurance of loans. Pakistan wants exemption from this clause as it increases the cost.

According to sources, Chinese Vice Minister Kong acknowledged the receipt of Finance Secretary’s letter and assured work with Chinese banks and other relevant departments for an expeditious solution of Sinosure issues.

Pakistani ambassador informed Kong that a team led by Chairman Trading Corporation of Pakistan (TCP) would soon visit China to discuss modalities of one billion dollar worth of exports as agreed.

"Kong said that items under zero tariff arrangement have been agreed upon," the sources said adding that rice, yarn and sugar will also be included in the items.

The Chinese have conveyed that they would be happy to receive a team of experts from Pakistan to work out the final details and modalities and reach a conclusion as soon as possible, the sources continued.

According to Pakistan’s ambassador to China, Beijing has expressed strong interest in concluding second phase of FTA negotiations before second BRF with preference to sign the document during the visit of Prime Minister in April.

"China hopes that all issues regarding trade would be resolved before the Prime Minister’s visit to China in April," the sources maintained.

The 10th round of China Pakistan Free Trade Agreement (CPFTA) is expected to be held during the current month for which agenda is being finalised at the highest level.

The first phase of CPFTA was completed in 2012 and the two sides are presently negotiating the second phase for further trade liberalization. Private sector stakeholders are confident that China would allocate a quota for rice, sugar and yarn for Pakistan prior to finalization of second phase of FTA. However, official confirmation of this plan was not available.

Pakistan has urged China to extend unilateral concessions on its priority export items to restore eroded Margin of Preference (MoP) which was the result of subsequent China FTA’s with other countries especially Association of Southeast Asian Nations (Asean) in 2011. Pakistan has also requested China to increase quota of rice and yarn in addition to inclusion of sugar in FTA-II.

Pakistan has underscored the need for a win-win situation for both countries in the second phase as the outcome of the first phase has been asymmetrical resulting in huge trade deficit for Pakistan.