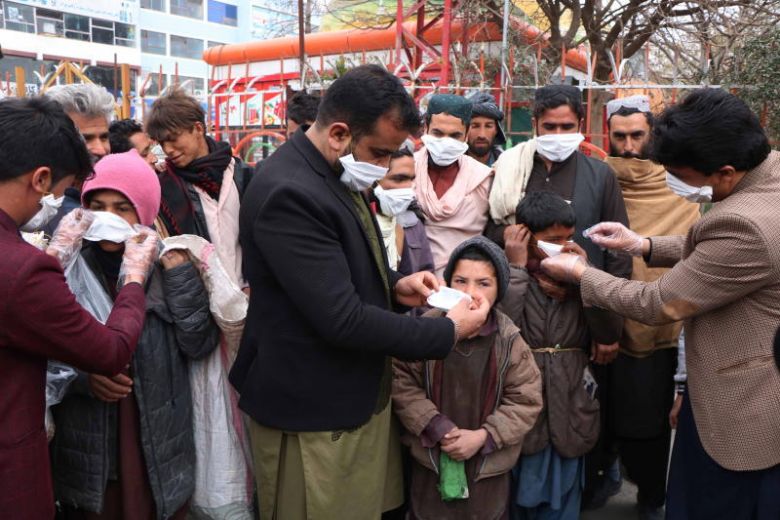 China’s Belt and Road, CPEC are conduits for pandemics and not prosperity

Amid the coronavirus outbreak a leading Washington DC-based activist from Gilgit-Baltistan has called on the international community to tell China to permanently discontinue mega projects like the Belt and Road Initiative (BRI) and the China-Pakistan Economic Corridor (CPEC) as they have become "conduits for pandemics and not prosperity.

Senge H Sering, director of Washington DC-based Institute of Gilgit-Baltistan studies said “The International Community should tell China to permanently discontinue mega projects like Belt and Road and CPEC as they have become conduits of pandemics and not prosperity”, spreading the Covid-19 virus to all the countries which were in the footprint of these two mega projects.

The coronavirus pandemic which started in China and has infected thousands of people around the world and has brought China and most of the world to a standstill.

The pandemic has affected China’s trillion-dollar Belt and Road Initiative as China’s neighbors have halted the cross-border movement of goods and people.

Like others the people of Gilgit-Baltistan feel vulnerable due to activities on the China-Pakistan Economic Corridor (CPEC). Taking precautions, the Chinese government has placed BRI-related engineers and workers in house-quarantine especially those who had returned to China for the New Year holiday”, said Senge.

He added, “Similarly, CPEC-related engineers and workers have been asked to prolong their holidays till further orders.”

CPEC is one of the largest foreign investment in Pakistan and involves thousands of China’s personal spread over all four provinces and Gilgit-Baltistan. It is supposed to live in China’s Xinjiang with Pakistani and Iranian ports through a network of railways and highways.

Senge said, “Similar reports are emerging from Bangladesh and Tajikistan. Kazakhstan has shut down the cross-border free trade zone, cancelled issuance of visas to Chinese Nationals and suspended all forms of travel and transportation with eastern China.”

Countries like Iran and Italy which had invited Chinese nationals to establish production units and other businesses in their cities are the worst hits.

Roughly nine out of ten of over 18,000 cases of Covid-19 across the Middle East are from Iran. For the first time since Khomeini’s Revolution in 1979, Iran has applied for a USD 5 billion loan with the International Monetary Fund, as officials suggest thousands of Iranians could die due to lack of medical support.

Iran’s President also asked Prime Minister Narendra Modi of India for help in this regard. The number of Pakistanis returning from Iran and tested positive for coronavirus are alarmingly high and many of them belong to Gilgit-Baltistan.

Senge said, “China is accused of criminal negligence as authorities knew about the Covid-19 outbreak in November of 2019 but decided to hide and lie about it. Further, authorities jailed the whistleblowers who tried to release information about Covid-19 and warn the outside world. While refusing to seek international assistance, Chinese rulers also refused to lockdown its cities and towns as well as the production units and continued cross-border movement.