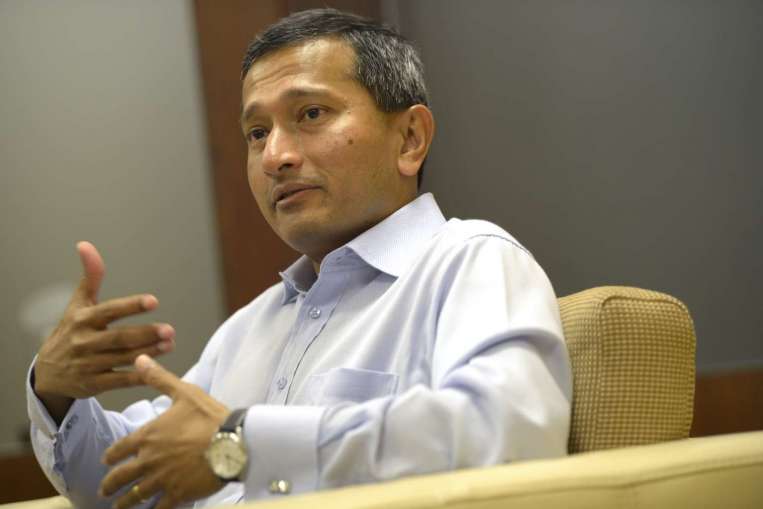 China and Singapore will do their best to expedite talks on the Regional Comprehensive Economic Partnership (RCEP), Singapore’s foreign minister said, calling the potential pact a statement on the importance of free trade.

The Beijing-backed RCEP has been given new impetus by U.S. President Donald Trump’s withdrawal from the Trans-Pacific Partnership (TPP) trade agreement, to which China is not party.

The two trade deals are not mutually exclusive, and some countries would be members of both.

But Singapore’s prime minister has said that the United States’ exit from the TPP had hurt confidence in U.S. policies. Beijing is also increasingly positioning itself as a global free trade champion.

"If we can successfully conclude these negotiations quickly, it will be an important statement in favor of free trade and economic integration," Singapore’s Foreign Minister Vivian Balakrishnan told reporters in Beijing after meeting with his Chinese counterpart Wang Yi.

"At this point in time, it is more necessary than ever before," he said.

Wang repeated China’s position that it would work to conclude RCEP negotiations as soon as possible.

The Association of South East Asian Nations (ASEAN) is joined in RCEP talks by China, India, Australia, New Zealand, Japan and South Korea, but not the United States.

Nations party to the talks, launched in 2012 and expected to create a free trade area of several billion people, have expressed hope of signing a deal by the end of the year, though previous targets have been missed.

RCEP is less comprehensive than TPP and the main focus is reducing tariffs. Coverage of services is more modest than in the TPP, and it would not have protection for labor rights or the environment.

China-Singapore ties have showed recent signs of strain but Balakrishnan said that both he and Wang had agreed that bilateral relations were "stable, calm, and positive".

Recent sore points between the two countries include Hong Kong’s seizure of nine Singaporean armored vehicles in November that were being shipped from military exercises in Taiwan.

Singapore’s armed forces have maintained long-standing if low key military training facilities in Taiwan, and Beijing officials used the seizure to warn countries against security ties with the island, which it regards as a breakaway province.

Singapore has also deepened its security ties to the United States in recent years and remains concerned over China’s assertiveness in the disputed South China Sea.