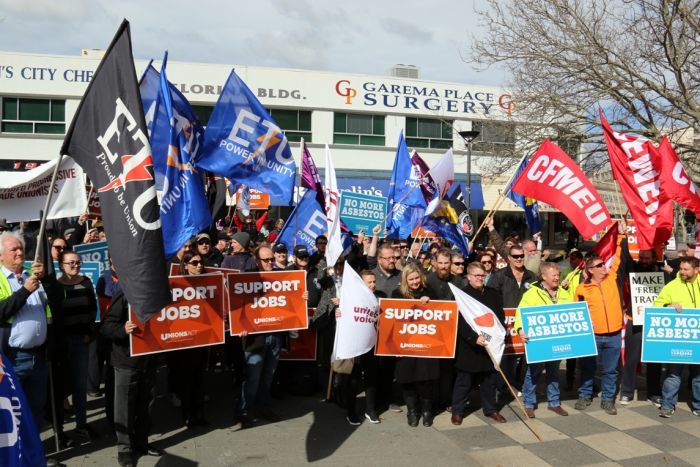 Officials are preparing for the upcoming review later this year of certain chapters within the China-Australia Free Trade Agreement (ChAFTA), with ministers from Beijing and Canberra meeting in the Chinese capital late last week to discuss these efforts and other bilateral economic issues.

Ministers met on 16 September in the context of the Joint Ministerial Economic Commission (JMEC). The event brought together China’s Minister of Commerce, Zhong Chan, and Australia’s Trade Minister, Steven Ciobo, among other high-level officials. The JMEC negotiating venue is a decades-old platform for the countries’ high-ranking officials to discuss next steps for their economic relationship.

During the meeting, ministers confirmed that reviews of ChAFTA’s services and investment chapter will kick off by December, though a formal date has not been announced. The intent to upgrade the agreement was confirmed in late March this year, following the Chinese Premier Li Keqiang’s official visit to Australia. (See Bridges Weekly, 30 March 2017)

ChAFTA came into effect in December 2015, and has since seen multiple rounds of tariff cuts take place. The accord was lauded by officials at the time for market access gains seen in various agricultural goods, as well as tariff cuts for various manufactured goods and energy products, among other provisions. (See Bridges Weekly, 12 November 2015 and 25 June 2015)

The total value of bilateral trade in services in 2015-2016 amounted to A$13.3 billion (US$10.7 billion at current exchange rates), mainly imported by China. When ChAFTA was finalised, Australian officials noted the extensive market access commitments made by Beijing in areas such as manufacturing, construction, tourism, education, mining, and telecommunications, among others.

Meanwhile, Australia is China’s third largest destination of overseas investment, with most flows concentrated in such sectors as mining, industrial goods, and agriculture, among others. While ChAFTA did include provisions on investment, officials say that both the services and investment relationships have untapped potential that should be explored.

There is “very much a continuing appetite for Chinese investment in Australia,” said Australian Treasurer Scott Morrison in comments to The Australian. “The sort of extraordinary growth in tourism by Chinese people in Australia is often accompanied by inward investment by the source countries. There can be real synergies,” he added.

China and Australia are also a part of broader Asia-Pacific integration initiative, the Regional Comprehensive Economic Partnership (RCEP) agreement. Ministers from RCEP pledged earlier this month to ramp up their negotiating efforts in this area, with another round of talks slated for October. (See Bridges Weekly, 14 September 2017)

RCEP is a proposed free trade deal between the 10 members of the Association of Southeast Asian Nations (ASEAN) and the six partner countries which have a free trade agreement with the bloc – Australia, China, India, Japan, South Korea, and New Zealand.

Aside from ChAFTA, discussions also addressed Australia’s potential interest in engaging with China’s Belt and Road Initiative, as well as possible options for cooperating on e-commerce.

As one of the deliverables of the meeting, ministers ultimately signed a Memorandum of Understanding on e-commerce, which aims at creating “a framework under JMEC to enhance dialogue and practical cooperation.”

“Increasingly issues are emerging in e-commerce around consumer rights, warranties, security and taxation, and these will be addressed through this new dialogue,” said Ciobo in comments to The Australian newspaper regarding e-commerce.

“E-commerce between Australia and China is growing rapidly, with great potential for future growth and innovative collaboration,” says the joint ministerial statement.

Australia’s concerns about Chinese import curbs from six Australian facilities, along with rumoured import restrictions on the country’s coal, were also on the meeting’s agenda. Both are major exports for the Oceanic nation.

Following the economic commission meeting, Ciobo told The Australian newspaper that discussions with his Chinese counterparts on both items were “very positive.”

Six Australian beef processors have been temporarily blocked from importing into China since July, following Chinese inspections which found labelling problems at the plants in question. An Australian government agency has since undertaken its own review of the plants involved.

“I was reassured that China is working through the report that Australia has provided on the moratorium on beef from the six affected facilities,” Ciobo said in the same interview.

Regarding coal, measures to restrict imports have not been formally announced, though have been reported in the media. Ciobo told journalists prior to the meeting that Australian officials “haven’t been advised of any restrictions [that have] been put in place,” according to a transcript provided by his office.

After the discussions, Ciobo told The Australian that China “is undertaking an ongoing rationalisation of excess capacity in both steel and coal production.” However, whether the concerns had been resolved was not publicly confirmed.