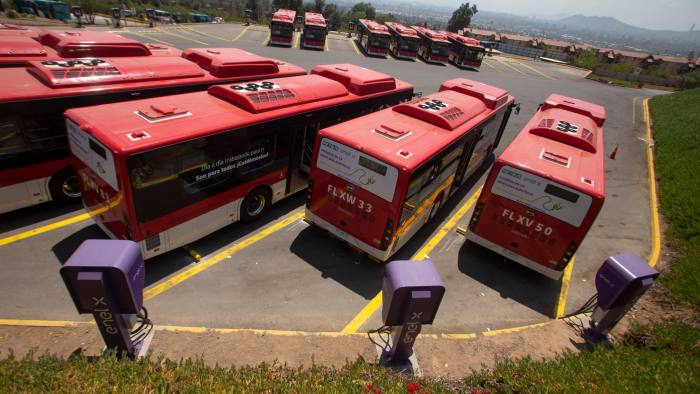 Chinese-made electric buses in Santiago. Chile is an attractive target for China’s efforts to expand its global reach (Photo: AFP)

The Chilean president is currently paying a state visit to China, whilst attending the second Belt and Road Forum for International Cooperation in Beijing later this week.

President Xi said Chile is the first country in the region that recognized China’s status as a market economy. It is also an important partner in building the Belt and Road Initiative (BRI) and the two countries should take the opportunity to deepen mutual trust and pragmatic cooperation.

China’s cooperation with Latin American and Caribbean countries are South-South cooperation aimed at increasing mutual support and benefit, he noted.

Both countries should promote bilateral trade and investment as well as cooperation in the sectors of mining, clean energy, telecommunication, e-commerce, tech innovation and Antarctic research, Xi said.

The two countries decided to upgrade the free-trade agreement in 2017, 12 years after the FTA was first signed, and the upgraded FTA came into effect in March 2019.

The two leaders also witnessed the signing of a series of agreements after their talks.