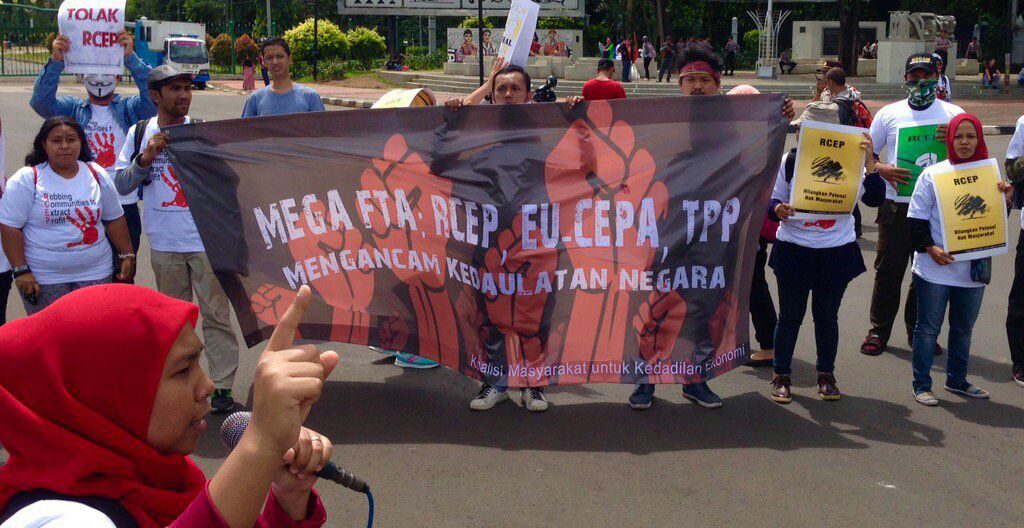 Friends of the Earth Europe today released a statement during a press conference in Jakarta signed by over 50 civil society organisations and trade unions from Europe and Indonesia, setting out demands in relation to the negotiations.

Palm oil remains one of the most controversial elements of the negotiations. The commodity has been the most important driver of deforestation and increasing carbon emissions in Indonesia. The EU is already the second largest importer of palm oil worldwide and a possible free trade agreement is expected to increase the imports of Indonesian palm oil to Europe. [1]

A new study commissioned by Friends of the Earth Europe documents the abject failure of the current certification schemes to ensure sustainable production of palm oil.

Paul de Clerck of Friends of the Earth Europe said: "The production of palm oil in Indonesia is causing tremendous environmental, social, human rights and labour problems. Existing voluntary certification schemes have proven to be a false solution. A trade agreement that would increase imports to Europe would only worsen problems and should therefore not be part of any deal."

[1] 85% of all palm oil is produced in Indonesia and Malaysia (with Indonesia at more than 50% of global production). In Indonesia palm oil planted areas have increased with 600% between 1990 and 2010, covering 8,4 million hectare (2,75 x Belgium). The EU is third biggest consumer of palm oil in the world (after Indonesia and India) and second biggest importer (after India). http://www.11.be/component/zoo/item/duurzame-palmolie-blijft-mythe