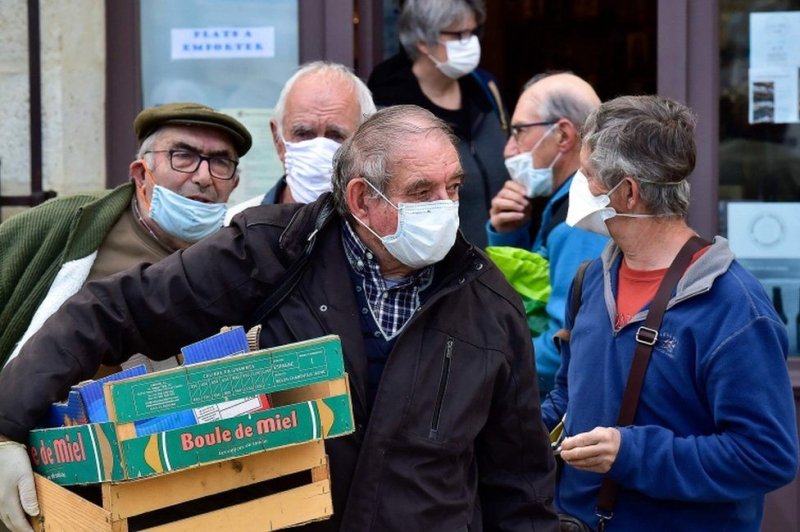 Client alert : What are the implications of the COVID-19 pandemic for States and investors under the Energy Charter Treaty

The COVID-19 pandemic poses immense challenges for States, their citizens and businesses alike. While the tragic human cost of the pandemic is evident, the long-term economic effects on State economies and business operations in the energy sector specifically have not yet fully emerged.

In responding to the COVID-19 pandemic, States have adopted a suite of unprecedented measures of varying severity and duration. These include : public health measures restricting movement (such as social distancing) ; orders for the temporary closure of non-essential businesses ; and the requisition of premises of certain investors to fulfil public needs. Some States have ordered businesses to take steps to protect individuals, such as suspending loan instalments, modifying production lines to provide urgently needed goods and reducing or stopping their exports of some of those goods. Many measures are causing serious prejudice to the operations and profits of foreign investors worldwide, including in the energy sector.

Significant developments in the broader global economic context are adding a further layer of complexity to States and investors which are navigating the current COVID-19 pandemic, such as the recent oil price slump raising concerns in the oil and gas industry where most projects are still financed on the basis of oil-linked contracts. Against this backdrop, the COVID-19 pandemic may potentially trigger or at least contribute considerably to contractual and investor-state disputes under the 1994 Energy Charter Treaty (the “ECT”), an energy-specific multilateral treaty of which at least 55 States are members. In these turbulent times, States and investors need, more than ever, to understand their relevant rights and obligations under this important treaty.

Several legal and factual considerations are relevant to whether, and to what extent, State measures implemented in response to the COVID-19 pandemic could trigger an obligation to pay compensation under international investment law. These issues are addressed in a previous Volterra Fietta client alert.

An initial consideration is whether the foreign investor and a qualifying investment affected by a State measure are protected by an investment treaty. Depending on how a treaty defines an “investment”, investments may take the form not just of tangible assets but also, for example, of contractual rights or rights arising from licences and permissions granted by governments. Under Article 1(6) of the ECT, the definition of investment covers “every kind of asset, owned or controlled directly or indirectly by an Investor”. Tribunals have noted the broad language of this definition and its non-exhaustive list of qualifying assets (see for example, RREEF v Spain, paragraph 156).

Moreover, so-called “treaty exception” clauses may apply to a relevant State measure. Such clauses – expressly or implicitly – exclude the scope of application of a given treaty (whether in part or full) to State measures, which were undertaken to fulfil obligations for certain national interests, such as protecting public health. Some treaties give States considerable discretion to make decisions in the national interest, while other treaties impose limitations by requiring, for example, that the State measures not be applied in an arbitrary or discriminatory manner nor constitute a disguised restriction on investments.

Parties must also consider whether the State measure is likely to constitute a breach of one or more substantive protections of the relevant investment treaty. Some investors may argue that a State’s temporary measures constitute an uncompensated expropriation (for instance, where there is a requisition of means of production) or are contrary to their legitimate expectations, in breach of the Fair and Equitable Treatment (“FET”) standard. Others may argue that State aid granted only to national investors is discriminatory. A State’s failure to comply with contractual obligations owed to foreign investors could also potentially constitute a breach of a treaty’s umbrella clause.

In any event, States may invoke international legal principles or doctrines to defend their measures, including the doctrine of police powers or the argument that States should enjoy a margin of appreciation in assessing how best to respond to their national needs. The contours of some of these principles are far from settled. Indeed, there is a strong body of opinion in the international jurisprudence that it is difficult to judge a State’s decisions retroactively with the benefit of hindsight.

The relevant framework of the ECT

Ultimately, the exact wording of the specific investment treaty – in this case, the ECT – will be critical in determining the prospects of success for investment treaty claims resulting from the COVID-19 pandemic. The importance of the interpretation applied by arbitrators to specific words and phrases must not be underestimated. Even if a State’s public health measures were based on legitimate concerns, arbitrators may have to decide whether the measures in question were applied in a discriminatory or arbitrary manner.

The ECT provides an important multilateral framework for energy cooperation under international law. Several of its provisions are potentially relevant to States and foreign investors in relation to disputes arising from the COVID-19 pandemic and associated State measures.

Under Article 13 of the ECT, expropriation of investments is only permissible in certain circumstances, specifically where such expropriation is : (i) for a purpose which is in the public interest ; (ii) not discriminatory ; (ii) carried out under due process of law ; and (iv) accompanied by the payment of “prompt, adequate and effective compensation”. Whether the extent and nature of the States’ public measures in responding to the COVID-19 pandemic were “in the public interest” will depend on the facts of a given case, including the benefits of the relevant measures for public health. Tribunals have acknowledged that even if a rational policy is adopted by a State on the basis of a logical (good sense) explanation and with the aim of addressing a matter of public interest, the challenged measure must also be reasonable (for example, Voltaic Network GmbH v. Czech Republic, paragraph 602).

Moreover, the so-called “compensation for losses” clause (Article 12) establishes a separate obligation for a State to provide foreign investors with the same treatment as that which it grants to other investors (whether its own nationals or nationals of another State) with regard to restitution, indemnification, compensation or other settlement resulting from losses suffered during national crises. Notably, these events include a “state of national emergency” or a “similar event”, which tribunals may interpret as including the COVID-19 pandemic. Several States have already declared states of national emergency in introducing COVID-19-related public health measures.

Finally, it is worth noting that tribunals have found that a State’s obligation to provide full protection and security to an investor’s investment under Article 10(1) encompasses “due diligence”, which requires the State to create a framework that provides security and protects the property of foreign investors from wrongful injury or harassment (see Electrabel S.A v. Hungary, paragraph 7.83). Some may argue that this could include precautions against the outbreak of viral pandemics.

Potential practical applications of the ECT

Generally speaking, investors which experience economic harm as a result of a State’s measures in response to the COVID-19 pandemic must analyse the justifications advanced for those measures against the specific facts and determine whether the measures were taken in compliance with the State’s obligations under the ECT and other relevant instruments.

There are several factual situations stemming from the COVID-19 pandemic which may lead to ECT disputes. For example, as part of wide-ranging restrictions on movement, several States have prohibited or suspended construction projects in the energy sector. Such measures could increase the risk of delay and default on financing agreements.

Many producers also are facing operational difficulties, owing to COVID-19 related restrictions of movements of employees. Businesses may be unable to produce materials, supply their customers or pay suppliers as a result of COVID-19 and associated State measures or as a result of general economic circumstances. Given this context, including the dramatic collapse of oil prices worldwide and predictions of a global recession, some States may also demand energy contract revision.

In recent months, several major Chinese and Indian importers of liquefied natural gas (“LNG”) have issued force majeure notices to their LNG suppliers in reaction to the COVID-19 outbreak. These notices were reportedly prompted by State measures, including sweeping lockdowns, which resulted in a dramatic decrease in domestic demand and logistical constraints at receiving terminals.

To minimise any prospective liability under the ECT and other treaties, States should keep their obligations under such international law instruments in mind when enacting public measures in response to the COVID-19 pandemic. As a minimum precaution, States should consider reviewing on a regular basis whether such measures are necessary and proportionate as their domestic health situation continues to evolve. Regular reviews are in any event important from the perspective of economic recovery.

In the event of either legal or factual uncertainty, States should consider seeking expert counsel for guidance on how to ensure compliance with the ECT and other investment treaties during the COVID-19 pandemic.

Before turning to arbitration to resolve potential disputes under the ECT, States and investors may wish to consider alternative avenues of dispute resolution, such as entering into a negotiation and reaching an agreement on settled outcomes. These non-adjudicative processes may be preferable, where they are less costly and time-consuming for the parties.

Nonetheless, the suitability of a particular dispute resolution process depends on several factors, such as whether the parties are amenable to this option in the first place. Even if parties ultimately decide to proceed with an investor-State arbitration, they could remain open to opportunities for negotiation that arise throughout that process.

The COVID-19 pandemic has led States to adopt various public health measures that adversely affect foreign investors and exacerbate broader economic issues. In this climate, there is significant potential for disputes under the ECT.

One thing is certain : the COVID-19 crisis will change the legal landscape. Businesses and States alike will need to undertake drastic changes in the way they assess the risks inherent to foreign investment and to the economies of host States more generally, including in the energy sector.

For original formatting read the article on the original page