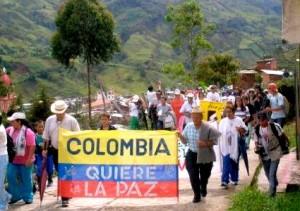 Peace negotiations between the Juan Manuel Santos administration and the Armed Revolutionary Forces of Colombia (FARC) are to resume after a month-long recess. The agenda will tackle the political participation of the insurgency in the post-conflict period. In order to reach this objective, the United Nations and the National University of Colombia are organizing forums in Bogota in which citizens, organizations, and political parties can present proposals for their vision on the expansion of political participation. These proposals will be presented to the FARC and the Colombian government. In another important development, the second most important armed group—the National Liberation Army (ELN)—will start its own peace talks in Havana with representatives of the Santos government. These two peace talks will parallel each other and should culminate in a common political agreement combining the two accords. Thus far little is known about the agenda the ELN is proposing, other than some broad ideas such as a constituent assembly, which could introduce a new Magna Carta and socio-economic changes.

As the peace process continues and expands, challenges and threats increase. As I have written on various occasions in this blog and in other publications, there are three important and asymmetrically related players, and without them peace will not be possible in Colombia. In order of importance, the actors include the United States, the U.S.-supported Colombian military, and, finally, the landed elite and its reactionary supporters. Thus far, the United States, as an observer, has not yet expressed solid support for the process. This is significant because U.S. support would imply important changes in its policy toward the militarization of Colombia, its failed war on drugs, and a revision of its Free Trade Agreements that would allow the small peasants and subsistence economy to survive. This is in addition to its overall policy in the Andean sub-region and in Latin America. These are neither easy nor minor adjustments that American imperialism is willing to introduce to accommodate the imperatives of peace in a country torn with a fifty years long civil war. A negotiated peace with the Colombian armed rebels could reveal the inner contradiction between two diametrically opposed interests: the national interest of the Colombian people and those of an imperial power which embodies the interests of finance capital, multinational companies, and a military-industrial-security-drug war complex. This web of interests is threatened if the insurgency succeeds in extracting enough concessions to change the country’s political economy and relations with the United States.

The second actor is the behemoth military institution that the United States has been instrumental in indoctrinating, training, and arming since the early 20th century—especially after the introduction of Plan Colombia in 2000. The U.S. strategic objective has been to make this institution an important asset within its regional and global strategy, very similar to the role that the Israeli military assumes in the Middle East and the world. Now, if the United states is hesitant or objects to the nature of the talks, this most likely will encourage the officer corps to pressure the Santos administration not to relent to the rebels’ demands. In other words, the United States is omnipresent regardless, and its lukewarm support or resistance will reverberate within Colombia’s military, as were the cases during the two previous attempts of peace during the Betancurt’s (1982-86) and Pastrana’s administrations (1998-2002).

The "saber rattling” that happened weeks ago—when SOUTHCOM Commander John Kelly held a press conference on the threat the FARC poses— only to be followed by the Colombian military, which released the secret coordinates revealing where some FARC commanders were to be picked up in order to join their negotiating team in Havana embarassing the Santos governement. This latter incident did not only echoe the past but constitutes a clear indicator that there are sectors within the military expressing their inconformity with the peace talks. This is consistent with the traditional reactionary forces whose paramount symbol is the former president Alvaro Uribe Velez. These forces include among its ranks the large cattle ranchers, landowning elite, and the narcobourgeoisie. This reactionary reservoir within the military and outside will not hesitate in fighting to derail the negotiations, especially when Washington signals its discontent.

The months ahead are tough ones, stay tuned.

Nazih Richani is the Director of Latin American studies at Kean University. He blogs at nacla.org/blog/cuadernos-colombianos.