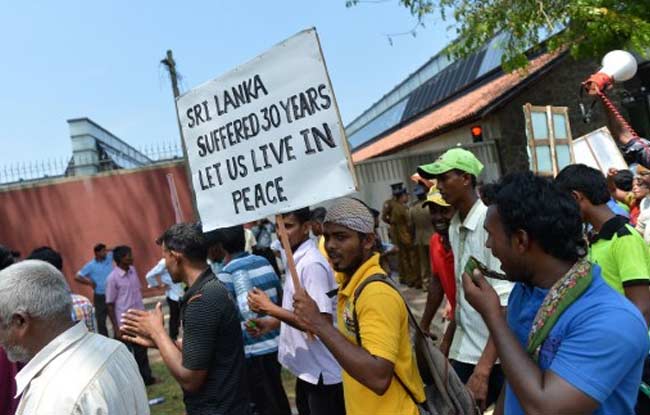 Commission proposes reinstating Sri Lankan trade concession The European Commission on Wednesday (11 January) proposed that the bloc reinstates a trade concession to Sri Lanka as an incentive to the government to promote human rights and good governance.

The move, a victory for the new coalition government, could boost Sri Lanka’s exports, which have been falling due to sluggish demand from advanced economies.

The European Commission’s trade commissioner, Cecilia Malmström, said the move could make a significant contribution to Sri Lanka’s development by increasing exports to the EU.

“But this also reflects the way in which we want to support Sri Lanka in implementing human rights, rule of law and good governance reforms,” she said in a statement.

The removal of customs duties was granted again in exchange for Sri Lanka’s commitment to ratify and implement 27 international conventions on human rights, labour conditions, protection of the environment and good governance.

The move would be accompanied by rigorous monitoring, the commission said. It will become effective in four months if the European Parliament and the Council representing the EU’s 28 member states do not raise objections.

Since ousting Rajapaksa in January 2015, the coalition government of President Maithripala Sirisena and Prime Minister Ranil Wickremesinghe has agreed to address the alleged abuses via an impartial mechanism that meets international standards.

Sri Lanka’s garment industry, which produces clothes for some of popular brands such as Victoria’s Secret, Tommy Hilfiger, Nike, and Marks and Spencer, estimates the trade concession helped it save $500 million each year.

The EU is Sri Lanka’s second-largest importer of goods after the United States, accounting for about a fifth of its total exports.

The EU withdrew trade concessions to Sri Lanka in 2010 after the former regime refused to meet its human rights obligations.

As a result the cost of garment shipments to the EU have increased about 10% since the EU’s generalised system of preferences (GSP+) was removed.

Sri Lanka is keen to have its tariff concessions restored to boost exports. The island’s clothing industry was the main beneficiary of the GSP+, using the tax breaks to sell to high-end retailers in Europe.

Former president Mahinda Rajapakse had refused to investigate allegations that troops under his command killed up to 40,000 ethnic Tamil civilians in the finals months of a 37-year separatist war that ended in May 2009. However, the new government of President Maithripala Sirisena has agreed to address rights concerns of the international community.

The European Commission now says Sri Lanka has taken "important steps" to improve human rights and extend good governance, citing a Constitutional amendment, which re-establishes the independence of key institutions such as the National Human Rights Commission. But it says more must be done to put a definitive stop to the use of torture by security forces and the related impunity of officials.

The EU is Sri Lanka’s biggest export market accounting for nearly one-third of Sri Lanka’s global exports. In 2015, total bilateral trade amounted to €4.7 billion. EU imports from Sri Lanka amounted to €2.6 billion and consisted mainly of textiles as well as rubber products and machinery, according to the Commission.